FCT Minister reduces Right of Way charges for telecos by 90% 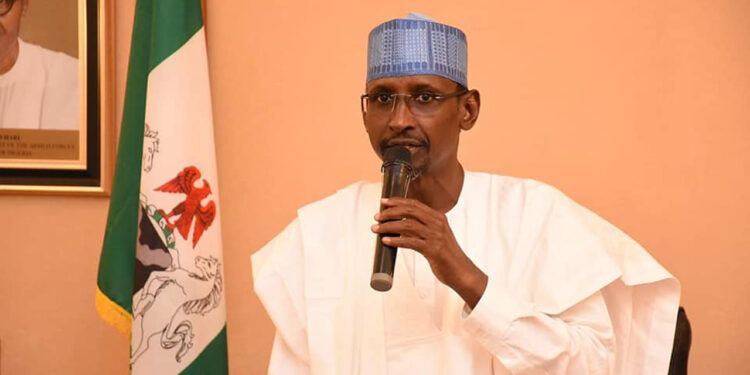 Minister of the Federal Capital Territory (FCT), Mohammed Bello, has announced that telecommunications operators who want to deploy broadband infrastructure in green areas will only have to pay N14.50 as Right of Way (RoW) charges.

Bello said that the new discounted charges would take effect from December 1, 2022, and run for the next two years.

He disclosed this during the official launch of some projects approved by the Federal Executive Council under the Ministry of Communications and Digital Economy in Abuja.

Bello said that green areas were places lacking any telecommunication infrastructure in the FCT. He said:

“As a part of our contribution to broadband communication, from December 1, 2022, for the next two years, the FCT will charge only N14.50 per linear data for all telecommunications companies that want to deploy broadband in the FCT in green areas. Green areas are areas where we have not already established the infrastructure on the ground.”

Harmonised RoW charges: The Right of Way charge has been fraught with inconsistencies across the states in terms of charges and has negatively impacted broadband infrastructure.

To harmonize the Right of Way charges for broadband infrastructure investment, the Federal Government of Nigeria, in 2017, approved a policy, which resulted in a harmonised RoW Charge Agreement reached with all the governors of the 36 states of the federation, including the FCT.

Before the harmonisation, the telecom operators had been paying various sums, ranging from N4,000 to N8,000 per metre, in different parts of the country, with such high and arbitrary charges seen as a disincentive to investment in the sector.

Following the harmonisation, the telecom operators are required to pay N145 per metre to lay fibre cable anywhere in the country.

The N14.50 fee for green areas by the FCT minister is a 90% reduction from the regular N145 per meter charges.

Speaking at the occasion, the Minister of Communications and Digital Economy, Isa Pantami, assured that he was working assiduously to improve internet speed and reduce its cost in Nigeria in line with the National Broadband Plan 2020–2025.

He said the Federal Government had approved over N16 billion for broadband infrastructure projects at 18 universities in the country’s six geopolitical zones.

Why We Banned Exports Of Raw Gold – FG

Why We Banned Exports Of Raw Gold - FG