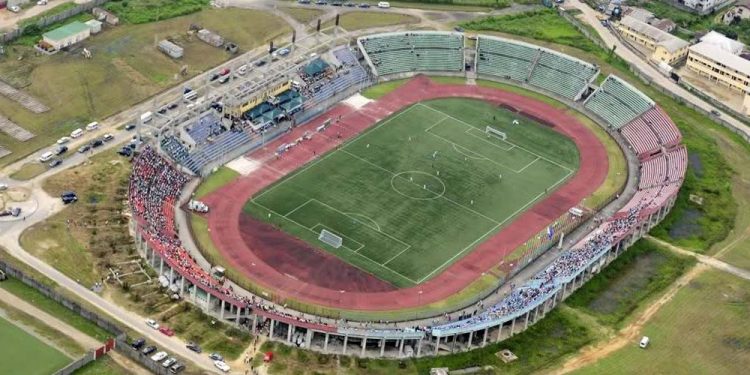 The Federal Ministry of Works and Housing has ejected some unauthorised developers putting up building projects on some parts of the land acquired by the Federal Government for the construction of the National Stadium Complex in Surulere, Lagos.

The Ministry has also closed down the construction sites of these developers and sealed off their operations.

Making this known in his office in Abuja, during the presentation of the ‘Report On Field Verification Exercise/Acquisition Of National Stadium Complex, Surulere, Lagos’, the Minister of Works and Housing, Babatunde Raji Fashola said these decisions became necessary to protect Government land and assets.

His words: “The Ministry of Works and Housing is the custodian of Government land and assets and so when we were briefed about the encroachment on part of the land acquired by the Federal Government for the construction of the National Stadium in Lagos many years ago, in 1960 and 1973, we had to follow it up.

“The Ministry put together a very strong team to investigate the matter immediately and thoroughly. I also visited the sites personally to have first-hand knowledge and see things for myself.

“Once our investigative team was able to establish the facts about Government ownership of the land and that those developers were unauthorized, we invited the Lagos Police Command to close down their  construction sites and seal off their operations. All these were done on behalf of the Ministry of Sports because this land falls directly under your jurisdiction.”

Before clamping down on the builders and developers, surveyors and land experts in the Ministry of Works and Housing also went through many official documents and gazettes to ascertain the scale of the acquisition of the land by Government in 1960 and 1973.

In his remarks, the Sports Minister Sunday Dare thanked his counterpart in the Works and Housing Ministry for the professional handling of the matter.

“We will continue to seek your professional inputs and guidance on how best to use this land to prevent illegal occupants and unauthorized persons from taking them over,” Dare declared.