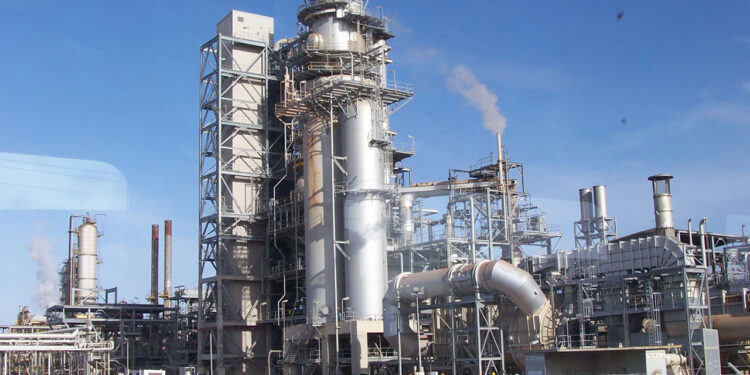 Since the November 2020 hike in petrol pump price, the international oil benchmark, Brent crude, has been on an increase, rising from $41.51 per barrel to close at $51.22 per barrel on December 31.

In December 2020, fuel marketers expected another upward rise in the country, to reflect the further rise in crude oil prices.
However, a shocking N5 reduction in petrol price, effective December 14, was announced by the Federal Government.

Crude oil price accounts for a large amount of the final cost of petrol, and the country has continued to spend so much on petrol imports for many years amid low domestic refining capacity.

The Minister of State for Petroleum Resources, Timipre Sylva, had said in September last year that the Federal Government had stepped back in fixing the price of petrol, adding that market forces and crude oil price would determine the cost of the product.
The Federal Government removed petrol subsidy in March 2020 after reducing the pump price of the product to N125 per litre from N145 on the back of the sharp drop in crude oil prices. The price reduction lasted till June.

Brent, the international oil benchmark, has risen by about 35 per cent since November 13 when the pump price of petrol was last increased. It closed at $55.99 per barrel on Friday, its highest level in 11 months.

Going by the petrol pricing template of the Petroleum Products Pricing Regulatory Agency, the landing cost of petrol rose from an average of N143.60 in December to N158.53 per litre on January 7, with the expected open market price (retail price) being N181.53 per litre.
The product is currently being sold at between N160 and N165 per litre at many filling stations in Lagos.

Apart from the increase in global crude oil prices, the devaluation of the naira last year also led to a significant rise in the cost of imported petrol.

The naira closed at 393.50 against the dollar on Friday at the Investors’ and Exporters’ Foreign Exchange Window, and 472/$1 at the parallel market.

The NNPC, which has been the sole importer of petrol into the country in recent years, is still being relied upon by marketers for the supply of the product despite the deregulation of the downstream petroleum sector.

Private oil marketing companies have continued to lament that their inability to access foreign exchange at the official rates has hampered efforts to resume petrol importation.

If the pump price of petrol is left unchanged amid the rise in oil prices, it means the NNPC would again bear the latest subsidy cost on behalf of the government as it did for several years before its removal last year.

‌“There is currently subsidy, but it is being absorbed by the government through the NNPC,” the National Operation Controller, Independent Petroleum Marketers Association of Nigeria, Mr Mike Osatuyi, told our correspondent.
He recalled that he said in December that petrol pump price was moving closer to N180 per litre, adding that with the current price of crude oil, petrol subsidy would gulp about N800m daily with an average consumption level of 40 million litres.

He said, “Because of the volatility of petrol in the Nigerian political landscape, government does not have the boldness to allow full deregulation of petrol because of the spiral effects on Nigerians, and bearing in mind that Nigerians are in very hard times.”

Osatuyi said, “But the government is supposed to come out and present the subsidy to the National Assembly. They should tell Nigerians that we are going back to subsidy. But because of the loans from the IMF and World Bank that they got with the condition that petrol should be deregulated, I believe the government is trying to manage the problem.

“If we are going to do genuine deregulation, there must be a level playing field for the players. We are not where we are supposed to be; there is still some dark, hidden elements in our ‘deregulation’.

“We are practising monopolistic deregulation – where one player is on the field and it is the goalkeeper, the defender and the referee.”
The President, Petroleum Products Retail Outlets Owners Association of Nigeria, Dr Billy Gillis-Harry, stressed the need for deregulation to be properly done.

He said, “The concern I have is that we are not getting it right. We must think inwards and grow our local production capacity. I don’t know why our refineries should not work.

“Deregulation is the way to go; we want the sector to be deregulated. But we need to do it rightly. There should be a level playing field for all operators; everybody should be able to access forex at the same rate.”

While opposing the return to subsidy, he said, “We call on the government to fast-track the regulatory process to ensure that deregulation is in place.”
Recall that on 8th September 2020, the Federal Government’s removal of petrol subsidy and the increase in electricity tariff were in line with reforms being sought by the International Monetary Fund and the World Bank.

“The recent introduction and implementation of an automatic fuel price formula will ensure fuel subsidies, which we have eliminated, do not reemerge,” the Federal Government told the IMF in the letter of intent dated April 21, 2020 with respect to its request for emergency financial assistance of $3.4bn.

In July, Sylva said in a statement that the Federal Government had reached a conclusion that it could no longer bear the burden of petrol subsidy.