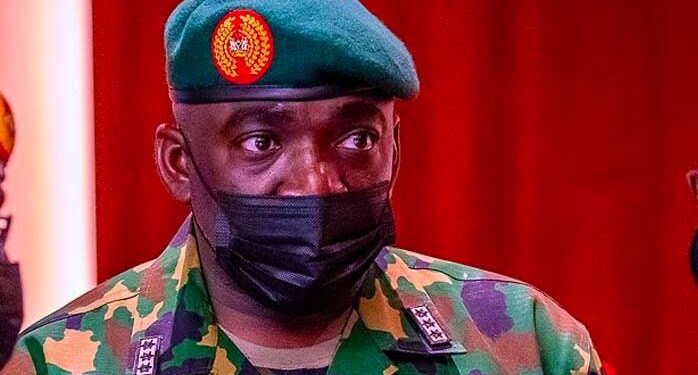 The Nigerian Army has renamed its counter insurgency operation in the North-east, known as Operation Lafiya Dole.

In a statement by the army spokesperson, Mohammed Yerima, he said the operation will henceforth be known as Operation Hadin Kai.

Hadin Kai is a Hausa phrase which literally means ‘cooperation’.

According to the statement, the change of name became pertinent following the successes the army has recorded in the region.

“The Chief of Army Staff (COAS) Lieutenant General Ibrahim Attahiru has approved the renaming of the ongoing Counterinsurgency Operation in the North East from Operation Lafiya Dole (OPLD) to Operation Hadin Kai (OPHK).”

“This is premised on the fact that the Nigerian Army (NA) has made a lot of progress over the years and needs to re-align for better efficiency. Also affected the re-designation are the Army Super Camps which now reflect the nomenclature of the formations and units followed by the name of the locations they occupy while sub-units are redesigned as Forward Operating Bases (FOBs) followed by the name of their locations. All these changes are with immediate effect,” the statement read.

He said the renaming is in line with the vision of the army chief of having “A Nigerian Army that is Repositioned to Professionally Defeat all Adversaries in a Joint Environment.”

“It is the believe of the COAS that the complete defeat of insurgency is a process that requires the participation of the entire nation using all elements of national power.

He assured that the army under the present leadership will continue to pursue the path of unity in prosecuting the counter insurgency war.

Following his declaration as the Chief of Army Staff in 2015, the immediate past army chief, Tukur Buratai, renamed the code name for the war on terror from “Operation Zaman Lafiya” to “Operation Lafiya Dole” signaling his determination to attain peace by force in the North-east.

The change of name then, according to the army, was a strategy to deal with the Boko Haram menace which he said will be pursued by action rather than talking.

Lafiya Dole is a Hausa phrase which literally means ‘Peace by Force’ please.

According to the last army leadership, the name was to send a strong and final warning to the terrorists that they cannot derail the wheel of peace in the North-east or any part of Nigeria.

Six years after that, the army is still battling the Boko Haram.