The Federal Government has stated that it plans to use the mandatory National Identification Number (NIN) to identify and monitor Internet users in Nigeria.

This was disclosed by the Minister of Communications and Digital Economy, Isa Pantami, at the Nigeria International Partnership Forum in Paris, France on Thursday.

According to him, NIN will enable the Federal Government and security agencies to know the identity of Internet users in the country.

The Minister said Nigeria has joined the global community by making the use of national identification numbers for both citizens and legal residents mandatory, and this is going to be the foundation of the nation’s economy and security, such that whoever happens to go online, his identity will be known by the federal government and also by Nigeria’s security institutions.

“As in our 1999 Constitution as amended section 14(2)(b), that the primary responsibility of government is security and safety of its citizens, it is because of this that President Muhammadu Buhari is very passionate about that and he has been pushing that we establish the foundation of our economy and the foundation of our security on the national identification number so that identity of our citizens and legal residents will be known.

“As it is today, the enrollment has been over 67 million and most importantly we are able to capture the most important category of people that come out to do businesses,” he stated further.

The Minister also said that having a NIN is a prerequisite to enjoying government services, adding that it will bring peace of mind to potential investors.

“So it becomes a prerequisite to enjoying government services and I believe this will bring more peace of mind to potential investors to know that the government has been doing something significant in that regard.

“Recently the country has also launched and commissioned a national centre for artificial intelligence and robotics that focuses more on research and coming up with innovative solutions in the area of security and now the centre in collaboration with security institutions is in the process of developing robots and many more that are going to be deployed to make our country safe and sound,” he said.

It can be recalled that the Federal government had directed that telecommunication companies should block from their networks, any SIM that was not registered with valid NINs with effect from December 30, 2020.

However, following public outcry, the government has severally extended the deadline so as to accommodate more Nigeria’s to get their NINs and register their SIM cards. 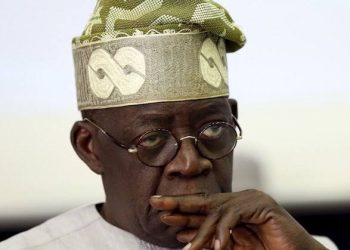