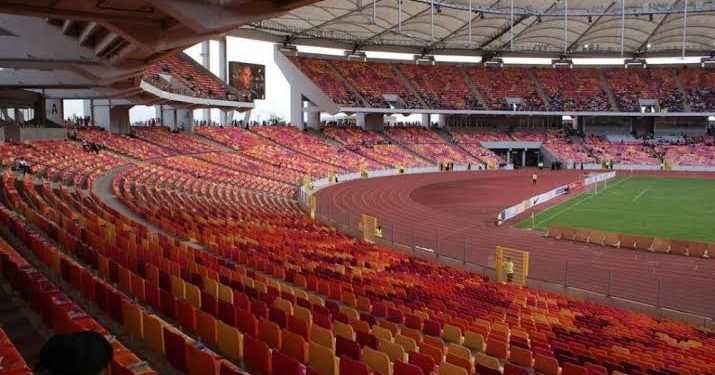 On Tuesday, the newly renovated turf hosted the final leg of the Nigeria vs Ghana World Cup play-off but the Ghanaians snatched the ticket from their host in a dramatic fashion through away goal rule.

Angry Nigerian fans invaded the pitch after a 1:1 draw against Ghana forcing players and officials to run for their lives into the changing room.

FIFA medical officer, Dr Joseph Kabungo who had a cardiac arrest on his way to the dressing room was rushed to the hospital but he passed on.

Joseph suffered a cardiac arrest during the commotion and was pronounced dead soon after.

It is not clear what other sanctions FIFA and the regional body CAF could mete out to the Nigeria Football Federation, NFF for failing to provide adequate security for the game but the two bodies frowned at fans’ encroachment into the field of play

It could be recalled that the Confederation of African Football (CAF) disciplinary committee in May 2006 sanctioned Nigeria with a $5,000 for poor crowd control at the Ahmadu Bello Stadium, Kaduna, where the Super Eagles hosted Egypt in a Gabon 2017 African Nations Cup qualifier in March.

The organisers of the match allowed a crowd of over 40,000 inside the stadium designed to hold 25,000 spectators.

The Super Eagles and the Pharaohs drew 1-1 in that encounter, with the Egyptians subsequently defeating Nigeria 1-0 in the return fixture to stop the Eagles from qualifying for the competition.

OAU Student’s Death: You Have Case To Answer, Court Tells Adedoyin, Others