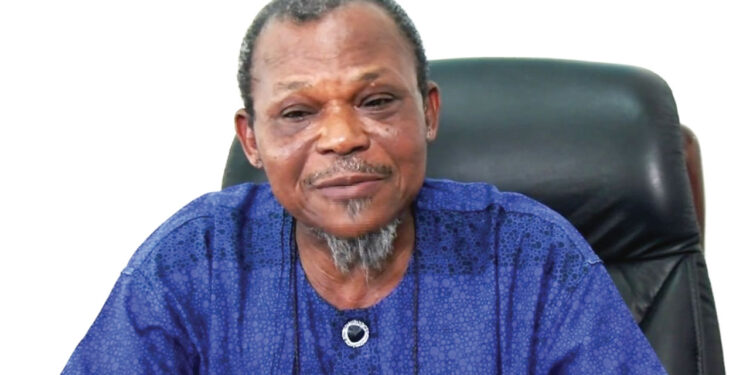 A Lagos High Court sitting in the Ikeja area has ordered that the burial of the late former military administrator of Lagos, Rear Admiral Ndubuisi Kanu, can hold on October 15.

Justice Christopher Balogun gave the order on Monday after listening to all parties in the case.

“Having been informed that there are security issues involved in the burial, especially with the upcoming convention of the All Progressive Congress (APC), the earlier date of burial – the 16th of October – as ordered by his brother judge, Justice Babajide Candide-Johnson (now retired), will not be feasible,” he held.

By the joint agreement of all the lawyers and their clients, the court approved Friday for the burial of the late military officer in Abia State.

The proceedings lasted about six hours during which Justice Balogun also listened to late Kanu’s wife, Mrs Gladys, who filed the suit; the first daughter, Simone Abiona, as well as other children and two elders from Ovim community – the families’ community in Abia – present in the court.

He also ordered the Nigerian Navy to ensure a befitting burial for the late rear admiral and make sure the body was protected prior to the burial and for the burial.

The court also directed the navy to prepare the body of late Rear Admiral Kanu in his full regalia and fly his remains from its military cantonment in Ojo, Lagos on Wednesday to the Sam Mbakwe International Airport in Owerri, Imo State for the commencement of the burial rites.

In Owerri, his body shall be identified by the Ada of the family (the first daughter), in accordance with traditional rites after which it would proceed to the Imo State Government House where the body would be received by the governor and the people for the first leg of the ceremony – a lying in state at the Government House Chapel.

Thereafter, the body would be kept intact and moved by the Nigerian Navy to Abia on Thursday for the full burial rites.

The court also directed that all parties should be entitled to participate jointly in the burial with all traditional rites to be performed.

Justice Balogun ordered all parties to maintain and keep the peace before adjourning the substantive case to November 15 for mention.

Lawyers to Mrs Kanu and some of the children of the late rear admiral commended the court’s ruling.

The substantive case filed by Mrs Kanu seeks to validate her position as the only legal wife, as well as an order of the court directing the respondents, their agents, or privies, not to threaten her and to allow her properly to prepare for the burial.

At the last sitting of the court on Thursday last week, Justice Balogun had ordered the Nigerian Navy not to release the body of the late military administrator to anybody for burial.

Lagos Partners With UNICEF, Others To Achieve SDGs in South-West