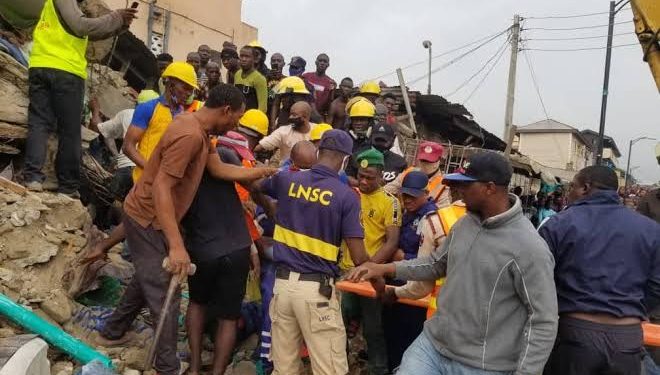 This came barely two weeks after a 21-storey building collapsed in Gerrard Road, Ikoyi, Lagos killing about 45 persons and injuring 15.

It was gathered that the victims, who are mainly construction workers, who were rescued, sustained injuries and are in stable conditions at nearby hospitals.

Adeseye said: “The Lagos State Fire and Rescue Service, Badagry Station had rescued five victims from the under-construction building while concerted efforts are ongoing to rescue the remaining trapped victims.

“The victims, which are mainly construction workers, are, however, rescued with injuries but in stable condition. “Four adults male have been recovered (unconscious) thus far as the Police, Morogbo Division and the community dwellers are complimenting the efforts of the the Lagos State Fire and Rescue Service.”