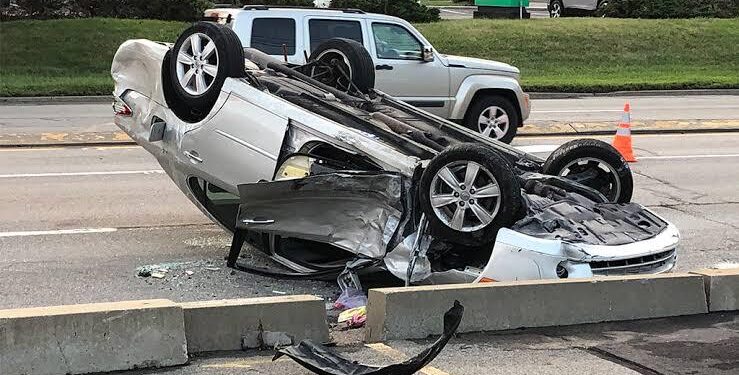 Four people have been confirmed dead, Sunday evening, after a Toyota Camry car rammed into a stationary tricycle popularly known as napep on Atlantic Road area of Epe road at past 5pm.

The Toyota Camry with registration number LSR-724 FW was said to have skidded off the road and rammed into the tricycle by the culvert after its wheel punctured.

According to reports, the tricycle was stationed on the culvert where the owner was washing it.

The three passengers in the car – all male – died as a result.

The Nigeria Police Force from Odo-Noforija Divisional Headquarters Epe, was said to have responded to the distress call but this was too late as the victims were presumed dead on the spot.

The bodies have been, however, deposited at Epe General Hospital.