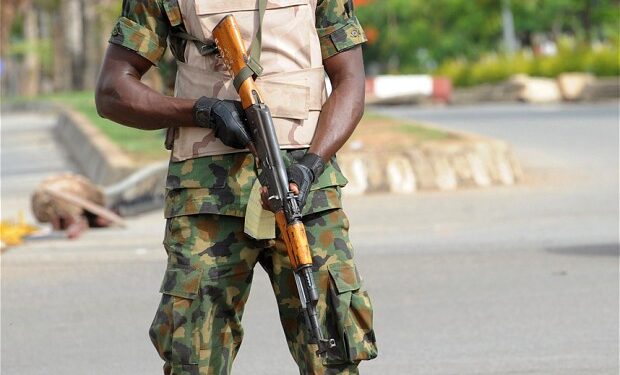 The fake soldiers were arrested in a Mazda vehicle on Sunday 24 July at about 1:30 pm within Iju area of Lagos

Recall that two weeks ago a fake soldier was arrested by policemen attached to Orile division for impersonation at Sari-iganmu Road, Orile.

20-year-old OLadunwo Micheal, an imposter who is not a member of any military formation was cladded in full military camouflage when he was arrested.