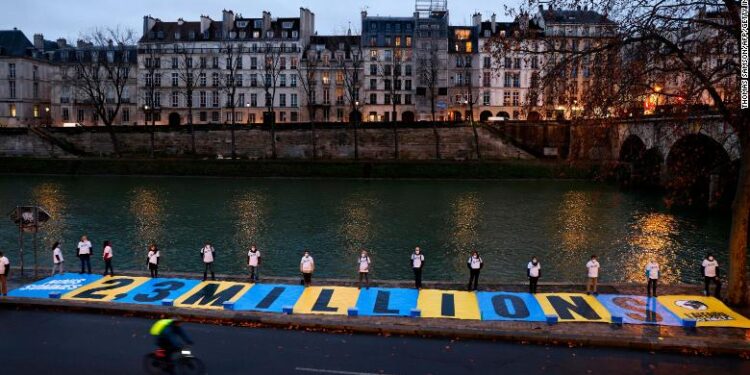 Activists unfurled a banner outside a Paris courthouse Thursday.

A court in Paris will hear a landmark case accusing the French government of taking inadequate action to combat climate change.

The case is part of a lawsuit launched two years ago and the hearing will start Thursday, a judicial source confirmed to CNN.

“Great day for #climate justice,” tweeted Greenpeace France, one of the plaintiffs in the case.

The lawsuit was launched by four NGOs, including Greenpeace France and Oxfam France, following an online petition that gathered 2.3 million signatures — the largest in French history, according to the organizers.

Climate activists took to the streets near the Paris administrative tribunal Thursday morning. Images provided by the NGOs showed a giant banner which read: “We are 2.3 million.”

The signatories hope the court will “compel the State to take all necessary measures to reduce greenhouse gas emissions” to meet the 1.5 degrees Celsius (2.7 degrees Fahrenheit) target set by the Paris Agreement, says the online petition. 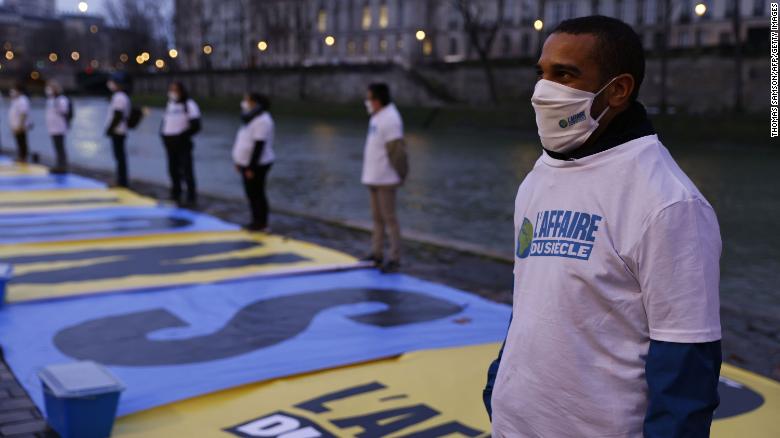 Currently, the world is set to warm by 2.7 degrees Celsius (4.86 degrees Fahrenheit) by the end of the century, according to the Climate Action Tracker (CAT) — a non-profit analysis group which tracks government climate action. This will bring more extreme storms, heatwaves, greater sea level rise, and, for many parts of the world, worse droughts and rainfall extremes.

French campaigners also want recognition of “the State’s climate inaction, that is to say the non-compliance by France of its commitments.”

“Greenhouse gas emissions under this government’s five-year term dropped at a pace that was twice as slow as the trajectories foreseen under the law,” the NGOs said in a joint statement.

In a legal memo seen by the NGOs and Le Monde newspaper in June last year, the French Environment Ministry denied that it failed to comply with its legal obligations to fight climate change and asked for the case to be dismissed.

One of the arguments invoked by the government is that it cannot be held “solely responsible” for climate change in France, according to quotes of the memo published by Le Monde.

“A substantial part of this pollution comes from industrial and agricultural activities,” but also from “individual choices and decisions which it is not always possible to influence,” the memo continued.

CNN has contacted the Environment Ministry for comment.A verdict in the case is expected within 15 days, the NGOs said in their statement.

Legal action on climate change has become a global phenomenon, according to a report published July 2019. By that date, lawsuits had been launched against governments and corporate interests in 28 countries, according to a report from the Grantham Research Institute at the London School of Economics and Political Science.

Researchers found that, while the US was the global leader in terms of climate change litigation, the prevalence of such lawsuits had spread worldwide.