French journalist kidnapped in Mali pleads for help in video 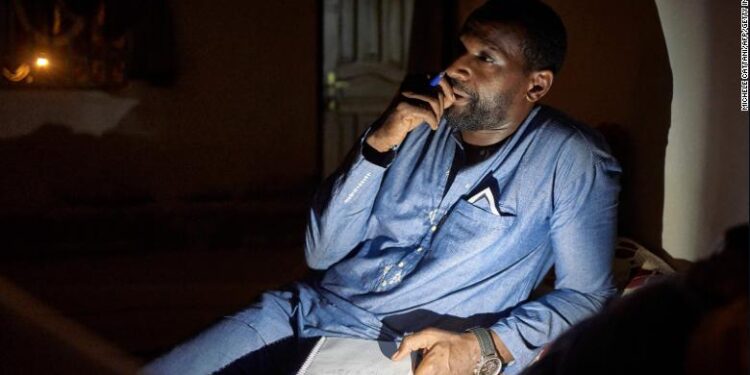 A French journalist who disappeared in Mali last month said in a video that emerged on social media Wednesday that he had been kidnapped by a jihadist group and pleaded for help from French authorities.

CNN has been unable to independently verify the video and it was not clear when it was filmed.

In the 21-second clip, Olivier Dubois identifies himself before saying he was kidnapped in Gao, a town in central Mali, on April 8 by a local Islamist group affiliated al Qaeda that is known as JNIM, an acronym for the Group for the Support of Islam and Muslims.”I’m speaking to my family, my friends and the French authorities for them to do everything in their power to free me,” he said, sitting barefoot in what appears to be a tent.

Both the French foreign ministry and the French government spokesman confirmed Dubois had “disappeared in Mali,” and that authorities were carrying out technical verifications of the video.

In a news conference Wednesday, French government spokesman Gabriel Attal addressed Dubois’ disappearance, but he did not the identify the kidnappers and said that French authorities were working to confirm the clip’s authenticity.

“We are in contact with his family and we are working with the Malian authorities,” Attal said. “Our thoughts are with his loved ones and the news organizations he worked with.”

Dubois is a correspondent based in Mali and in the Sahel, where he reports regularly for several French media outlets, including the magazine Le Point and the newspaper Libération.

He had recently pitched a story about a militant jihadist group in the Gao region, Libération reported.Reporters Without Borders (RSF) said it was informed of Dubois’ disappearance two days after he went missing, but did not make his abduction public so as not to hinder “the possibility of a rapid positive outcome.”

“An experienced reporter who knows the region well, he went to this very dangerous area in the east of the country on his own initiative,” RSF said on Twitter, urging the French authorities to do everything in their power to get him released.

The Committee to Protect Journalists (CPJ) has also urged action.

“We are extremely concerned for the safety of journalist Olivier Dubois and urge Malian and French authorities to thoroughly investigate his disappearance,” said Angela Quintal, CPJ’s African program coordinator. “Too often, the disappearance of a journalist is followed by tragedy and unanswered questions. We hope this is not the case here.”

French aid worker Sophie Petronin was freed in October last year after she was kidnapped near Gao in 2016.

France has repeatedly denied paying ransoms to Islamist groups for hostages in the past.