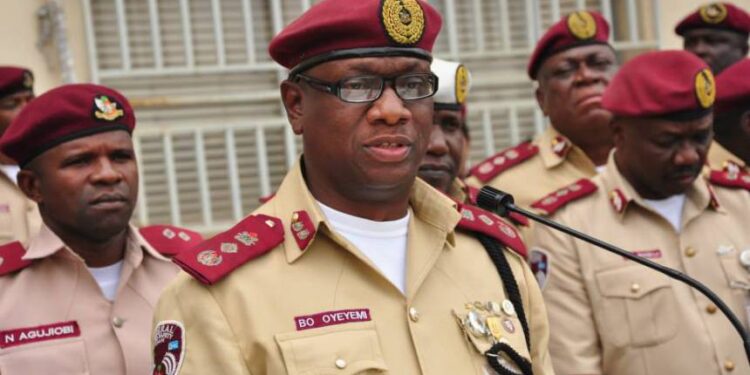 The Federal Road Safety Corps (FRSC), Lagos Command, said it arrested 3,187 traffic offenders within a month in the state.

The Lagos Sector Commander, Olusegun Ogungbemide, said the offenders were arrested between December 15, 2020, and January 15, 2021.

Ogungbemide added that officers of the command impounded 1,430 vehicles and confiscated 1,757 vehicles for failure to meet roadworthiness requirements during the period under review.

According to him, a total of 46 road traffic crashes were recorded with five fatal accidents.

The sector commander expressed worry that some commercial drivers disconnected the speed limit devices in their vehicles, exposing passengers to danger.

He explained that the practice by commercial drivers was on the increase, forcing operatives of the command to be strict with enforcement.

“It was discovered that the arrested vehicles disconnected their speed limit devices, which is also an indicator that commuters in such vehicles are exposed to danger.

“The commuters are also exposed to crashes as a result of uncontrolled speed that could lead to loss of control of the vehicle, which could also lead to fatality.

“It is unfortunate that we still have unpatriotic drivers who are disloyal to the driving rules and law of the land,” Ogunbemide said.

The Lagos sector commander said the Federal Government had mandated FRSC to implement the use of speed limit device for the benefit of the masses.

He said road crashes had been reduced by 80 per cent since the introduction of the speed limits device.

Ogungbemide stated that the corps used over two years to sensitise the motoring public on the use of the speed limit device before enforcement of its implementation.

He urged other motorists yet to install the speed limit device to do so, adding that officers and men of the corps were on the lookout for offenders.