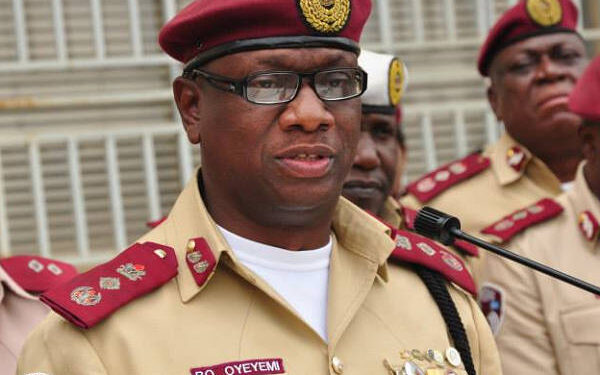 The Federal Road Safety Corps (FRSC), over the weekend, hinted that it is planning to establish more centres, in Lagos, to hasten the process of number plate registration and issuance of driver’s licenses.

It however said the state government must request for additional centres for this to happen.

The Corps Marshal, Federal Road Safety Corps, (FRSC) Dr Boboye Oyeyemi, who disclosed this when he paid a courtesy visit to Governor Babajide Sanwo-Olu, noted the state accounts for 40 per cent of vehicular density in the country with overwhelming demands for number plates administration and driver’s licenses.

Oyeyemi, who noted full operation has since kicked off in FRSC formations across the country, said he was in Lagos to renew the tiers and strengthen the bond between the state government and the FRSC in the aftermath of the #EndSARS violent protests by hoodlums.

Oyeyemi said: “I was on full inspection last week but we have the worst scenario in Lagos State where our crew vehicles with driver’s license items and our commands were vandalized and some were burnt.

“We have to resume work fully and the government will support us, His Excellency, Mr. Babajide Sanwo-Olu has also promised us of partnership so that the traffic management in Lagos cannot just be left like this, we must all worked together and we spoke about tankers, frequent falling of tankers, articulated vehicles breaking down creating crisis and talked about the need for safety.’’

As the Yuletide approaches, he said a lot of measures were being put in place to ensure safety on the nation’s roads.

‘’We believe we need to help them manage traffic situation in Lagos, the Third Mainland Bridge is going on, it is commendable, it is a joint effort and all of that.

“We also spoke on the need to improve on the advocacy, education and enlightenment of the citizens so that they can know and appreciate what the government is doing both at the state and federal levels,’’ he said.

He applauded Sanwo-Olu for his support of road safety measures and prompt response of the officials of the Lagos State Traffic Management Authority (LASTMA) any time incidents of fallen tankers occur on the ever-busy Lagos roads.

Moderna’s coronavirus vaccine is 94.5% effective, according to company data

Moderna's coronavirus vaccine is 94.5% effective, according to company data