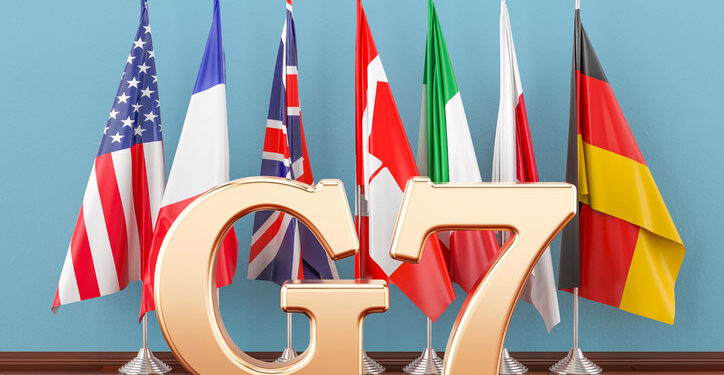 The G7 has agreed to commit £276 million to rehabilitate victims of Boko Haram terrorism in Nigeria.

The Group of Seven (G7) is an intergovernmental organisation consisting of Canada, France, Germany, Italy, Japan, the United Kingdom, and the United States.

UK is behind a co-ordinated action to tackle shared global challenges of Covid-19, famine and climate change, Foreign Secretary Dominic Raab announced on 5th May 2021 as he wrapped up the G7 Foreign and Development Ministers meeting.

At the meeting, which took place in London, G7 countries agreed on action to protect the most vulnerable people around the world from climate-related disasters, help millions of people at imminent risk of famine, humanitarian crises, and ensure equitable access to life-saving Covid-19 vaccines.

The triple threat of conflict, Covid-19, and climate change has meant the risk of famine is now a devastating reality many countries face. Millions of people in Yemen, South Sudan and North East Nigeria are already in crisis.

In North-East Nigeria, 4.36 million people are projected to be in crisis and emergency levels of food security this lean season (June-August).

The UK said it is seriously concerned about the status of civilians living in the inaccessible areas, over 800,000 people of whom are reaching critical levels of food insecurity and have extremely limited access to basic services such as healthcare.

On Wednesday the UK coordinated a landmark commitment by G7 countries to tackle the root causes of famine and address the sharply rising numbers of people in need of lifesaving aid.

This agreement commits G7 nations to urgently provide an initial £5 billion in humanitarian assistance to 42 countries one step from catastrophe or famine, with further funding to follow over the course of this year.

The initial funding includes £1 billion in aid prioritised to the three countries at greatest risk – Yemen, South Sudan and Nigeria – to be provided as soon as possible to save lives.

The UK has been a leading donor to the humanitarian response in North East Nigeria since the international effort scaled up in 2016.

A press statement signed by the Policy and Communications Manager at the British High Commission in Nigeria, Elva Lynch-Bathgate, said the G7 compact agreed last week to address humanitarian crises, with North-East Nigeria identified as one of three priority contexts.

She said the United Kingdom drove this coordinated action, which includes a commitment of £276 million from G7 countries to support the humanitarian response in the North East.

She noted that by this action millions of lives would be saved from famine and humanitarian crises, with landmark collective action, significantly increasing early action, supporting the UN to more than double its plans to tackle droughts, epidemics, and other catastrophes before they strike.

In addition, the G7 committed to supporting the World Bank Group and UN preparedness and early action work to ensure the international community acts to prevent crises as well as respond to them.

Birkin bags hit record prices even as the world ground to a halt during Covid. Here's why