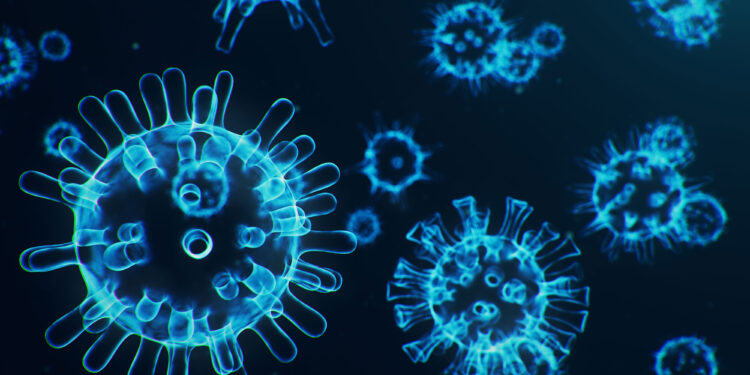 Central Europe has become the continent’s latest coronavirus hotspot, with Austria struggling to contain an outbreak of the new variant first identified in South Africa and neighboring Czech Republic facing hospital bed shortages on top of a political crisis over lockdowns.

The worsening situation in the Austrian province of Tyrol and the Czech Republic forced Germany to announce new border controls with both countries to contain the spread of the disease.

German Health Minister Jens Spahn said the new rules, which will come into effect on Sunday, were “unavoidable.””To protect the population from virus mutations — this is why the federal government decided yesterday to declare the Czech Republic, Tyrol and Slovakia as coronavirus variant areas,” Spahn said at a news conference Friday.

“This means there will be a ban on transportation — and without exceptions tests must be made before entering Germany — and there is an obligation to quarantine.’

Coronavirus cases have been falling in Germany recently despite the new, more contagious variants.

Austria and the Czech Republic have not seen similar drops in cases.

The Tyrol government said Wednesday that as of Tuesday, it had identified 438 confirmed and suspected cases of the South African variant. Scientists are concerned about this strain because its mutations appear to reduce the efficacy of some of the coronavirus vaccines.

In an attempt to contain the spread of the variant, local authorities deployed 1,200 police officers and soldiers. Starting Friday at midnight and lasting for 10 days, they will be deployed to Tyrol’s border checkpoints to ensure that anyone trying to leave the province has a negative coronavirus test no older than 48 hours, Tyrol police spokesman Stefan Eder told CNN.Children, freight traffic and travelers transiting through Tyrol are exempt from the rule.

Meanwhile in the Czech Republic, the parliament refused to extend the state of emergency on Thursday. As a result, many of the country’s coronavirus restrictions are set to lift automatically on Sunday when the current state of emergency expires, despite the fact that the virus continues to spread fast through the country.Czech Health Minister Jan Blatny warned that any easing of restrictions at this point would lead to the health system being at risk of running out of capacity.

That is already happening in some hospitals in the country’s westernmost Karlovarsky region.

The decision was a result of a deep political spat between the minority government, led by the populist Prime Minister Andrej Babiš, and the opposition, which has accused Babiš of not doing enough to contain the virus.

Among others, the opposition argued that the government’s lack of financial support for individuals and businesses impacted by the pandemic means people are not following the rules and are skipping quarantines because they cannot afford to risk losing their income.

When Babiš refused to take their proposals on board, the opposition voted against the extension of the state of emergency. The country is holding key parliamentary election later this year.

The Czech Republic has reported more than 1 million cases since the start of the pandemic, according to the country’s health ministry data.

In terms of Covid-19 deaths per 100,000 people, it is the fifth worst in the world, after San Marino, Belgium, Slovenia and the United Kingdom, according to data from Johns Hopkins University. That is despite the country escaping the first wave of the pandemic last spring relatively unscathed.