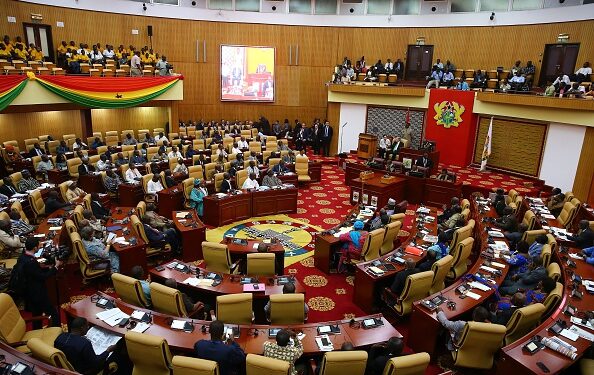 At least 17 members of parliament and 151 support staff infected with the coronavirus.

Ghana’s Parliament has shut down for at least three weeks over a surge in coronavirus cases among lawmakers and staff.

At least 17 members of parliament and 151 support staff have been infected with the coronavirus, which had already forced lawmakers to limit their assembly meetings.

The speaker of the house, Alban Bagbin, announced on Tuesday that the legislature would be in recess until March 2 to make way for “disinfection and sanitisation of the premises”.

“I have, in consultation with leadership, decided that sitting of the House be adjourned for three weeks,” said Bagbin, adding that Parliament’s appointments committee would continue to meet to consider the ministerial nominees of President Nana Akufo-Addo, who was re-elected in December.

The West African country has reported 73,003 coronavirus cases, including 482 deaths, since the pandemic began.

Large social gatherings such as funerals, weddings and parties are banned and the country’s land and sea borders have remained closed to human traffic since March 2020 while beaches, night clubs, cinemas and pubs continue to remain shut.

Last month, Ghanaian soldiers were forced to intervene in Parliament to quell a clash between opposing parties in chaotic scenes during the vote for the speaker.

The new Parliament is split down the middle between the two main parties, posing the risk of political gridlock.

Covid: WHO backs Oxford vaccine 'even if variants present'