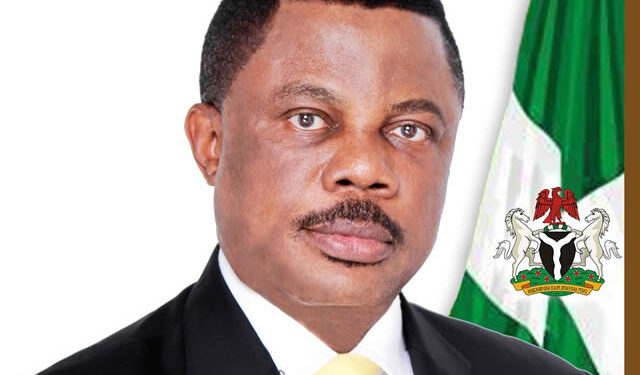 • Protesters accuse him of killing and dumping youths in river

Obiano announced this while he spoke with youth protesting against police brutality in the state.

He said, “James Nwafor, former OC SARS in Anambra State is sacked and will be prosecuted,”

“Today, I join youths of our dear State to say #EndPoliceBrutality and I support them because they did not only vote and defend their votes in my 21-over-21 victory but all their requests are genuine and germane, and I oblige to honour them all,” he tweeted.

“I felt honoured being in their midst to share in their feelings, and I made it clear that, Federal Government has disbanded SARS but I will personally visit all SARS offices in Anambra State to ensure that anyone being held is released, immediately.”

Reacting to his sack, the protesters did not only describe Nwafor as notorious for killing young boys but also accused him of killing one Chijioke and about 100 others in the state, whose bodies were found in a river.

Even Buhari’s Wife Disagrees With His Policies, Kukah Replies Presidency