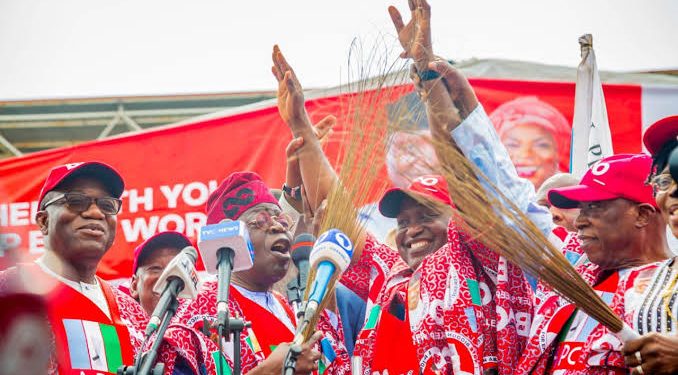 The Governor-elect of Ekiti state on Sunday, June 19, made his first comment since winning the election. Biodun Oyebanji in a very simple message thanked the people of Ekiti state for supporting and voting for him.

“Thank You Ekiti Kete”, he said.

In an addition to his thank-you message to the people of Ekiti state, Oyebanji posted his photo showing him holding a broom – the symbol of the APC- at the party’s Tuesday campaign rally in Ado-Ekiti.

Oyebanji, 54-year-old, a former Secretary to the State Government of Ekiti state, will succeed Kayode Fayemi.

The former SSG to the Ekiti state government polled 187,057 votes while his opponent from the PDP garnered 67,457 votes.