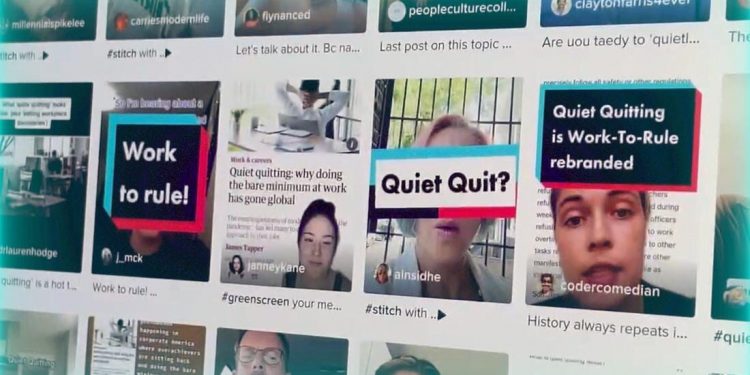 As American industries struggle to fill plentiful job vacancies in a tight labor market, there’s at least one type of work where interest seems to be flourishing: funeral services.

“The shortage is so serious right now that there’s a 90% job placement rate for graduates of these programs,” said Leili McMurrough, program director at Worsham College of Mortuary Science in Wheeling, Illinois, one of the nation’s oldest mortuary schools dating back to 1911.

In 2021, nationwide new student enrollment in accredited mortuary science programs jumped 24% over 2020, according to the American Board of Funeral Service Education.

The overall percentage increase in enrollment of students in the 58 accredited mortuary programs or institutions in the United States could be even higher this year, said McMurrough, who is also chair of the American Board of Funeral Service Education (AFBSE) Committee on Accreditation.

Randy Anderson, president of the National Funeral Directors Association, is acutely aware of the labor crunch and says colleges can’t churn out licensed workers fast enough to meet the need for new hires.

Demand for funeral directors is especially high, and an aging workforce has made it a race against the clock, said Anderson.

“There’s an urgent need to replace those who have been in the profession for many years and are retiring,” he said. “Over 60% of funeral home owners said they will retire in five years. That’s a lot.”

The NFDA currently has more than 20,000 members, and each state has its own apprenticeship and licensing requirements, Anderson said. Most states also require funeral directors to graduate from an accredited college or university program.

According to latest government data, the funeral industry generates over $16 billion in annual revenue. There were more than 18,800 funeral homes in the US in 2021, majority of them privately owned small businesses, down from 19,902 in 2010, according to industry numbers.

Women currently make up as much as 72% of recent graduates of funeral services education, according to latest AFBSE numbers. Said Anderson, “until the 1970s, men dominated. Every decade since then, the number of women coming into the profession has increased.”

And they’re younger, too. At Worsham, McMurrough said, the typical student is a 24- to 29-year-old woman, but many are older applicants seeking a new career.

“There’s a big interest in this field from women, and it makes sense. Women absolutely have an empathetic bent and are perhaps better prepared to help families get through a very difficult life event,” said Ed Michael Reggie, CEO of Funeralocity.com, an online resource to help families find a funeral home or crematorium provider that best meets their needs.

“No one plans to be a funeral director, unless you have a parent in the business,” said Reggie. “But as a first-time career, it’s general not a costly degree. It’s a shorter program than a full college degree and you can make $60,000 to $75,000 a year.”

Ellen Wynn McBrayer is a funeral director at Jones-Wynn Funeral Home and Crematorium, a third generation family business with two locations in Georgia. Her grandmother, Shirley Drew Jones, was the first woman to be a licensed funeral director in the state.

“The new and younger people who are coming in are also more open-minded about not doing things the same way, but customizing the service to what families want,” said McBrayer. “A funeral is not just a day in the life but a lifetime in one day.”

Several factors are fueling growing interest in the profession.

At her school, McMurrough said enrollment numbers rose after Worsham began offering its online program two years ago. “This gave those people who had another job but were also interested in the field the flexibility to be able to pursue it,” she said.

Worsham offers a one-year associates degree (tuition $22,800) and a 16-month online associate degree program (tuition $24,800). Eighty percent of the most recent cohort of students in the college’s online course were women, she said.

Quick career advancement is another appeal.

These aren’t six figure-level jobs — median wages for funeral industry jobs, such as funeral home managers was $74,000 and $48,950 for morticians, undertakers and funeral arrangers in 2021, according to the Bureau of Labor Statistics. But “you do have the opportunity to advance in just a few years from getting your college degree to becoming funeral director or even owning your own funeral home,” said McMurrough.

The pitfalls are there, too.

“There are some areas of the profession that haven’t yet caught up to other industries in terms of competitive salaries. That remains a challenge in recruiting and retaining workers,” said Anderson of the National Funeral Directors Association.

Burnout is another challenge.

“At the height of the pandemic, people throughout the industry were working non-stop, without days off,” said McMurrough. “But you do it because you care.

Yet many new students said the pandemic also influenced their desire to serve their communities, said McMurrough.

“So many people experienced death in the last two years in ways that they were not expecting. Families couldn’t grieve the way they wanted to,” she said. “In some instances, funeral home staff became the last ones to see those who had passed instead of their own families. These moments made an impact on people.”

Hannah Walker, who graduated from Worsham over the summer, is one of them.

‘I certainly did not ever plan to graduate from this program but my grandfather first opened my eyes to it,” said Walker, 31, who lives in Michigan. Her experience with his death from prostate cancer, before the pandemic, and his funeral helped her reframe what the experience could be for other families.

So about two and a half years ago, Walker took the first step, calling several funeral homes and asking if she could job shadow one of their employees to get first-hand experience.

“I did it for almost a year and realized this was for me. I cared enough to want to do this,” she said. Walker graduated from Worsham College on Friday and has a job waiting for her at the funeral home where she job shadowed once she finishes her apprenticeship and gets her state license to practice.

“This isn’t a career path for everyone,” said Anderson. “You have to be drawn to it and to the opportunity of helping your fellow man and be satisfied with just that.”