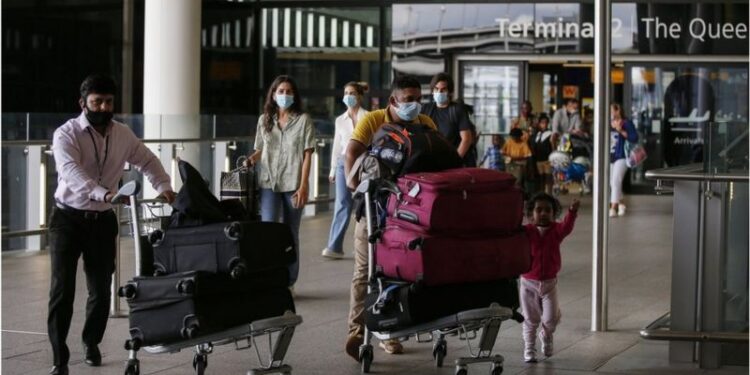 Heathrow workers plan a four-day strike in December in protest at wage cuts.

The airport says it will keep operating despite the walk-out by workers including firefighters and baggage handlers.

Heathrow warned in September it wants pay cuts of 15% to 20%, affecting about half of the 4,700 staff in engineering, air-side operations and security.

But the Unite union says the airport has enough cash to survive without demanding cuts.

The coronavirus crisis has cost Heathrow more than £1bn. Passenger numbers slumped 82% to 1.2 million in October at the UK’s largest airport.

“Unite has put forward several alternative suggestions to reduce staffing costs on a temporary basis, all of which have been summarily rejected by management.”

A Heathrow spokesperson said: “It’s very disappointing that some of our union partners have decided to take strike action during the worst crisis to hit the aviation sector.

“We will now activate extensive contingency plans which will keep the airport open and operating safely throughout this period.”