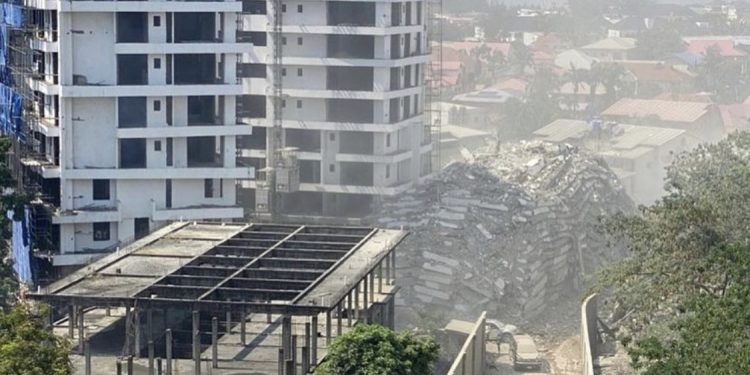 The Lagos State chapter of the Nigerian Institute of Architects says efforts are ongoing to draft comprehensive building regulations for the state, in partnership with the Lagos State Building Control Agency.

The Chairman, NIA, Lagos State chapter, David Majekodunmi, made this known in Lagos during the association’s 2021 Annual General Meeting.

Majekodunmi said, “In conjunction with the Lagos Building Control Agency, efforts are ongoing to draft comprehensive building regulations for Lagos State, registration of practising architects in Lagos and active engagement with government on built environment matters in line with our proposed Architects Intervention Programme.

“Active participation in events and activities of allied professions were also carried out by us, with the gesture geared towards restoring the cordial relationships we had in the past. These allied professionals’ events were at state and national levels and they included events by the NIOB, NIESV, NIQS, NIS, NITP and APBN.”

He added that the association had paid a visit to sites affected by the #EndSARS protest of October, 2020, highlighting that the destruction of property and real estate was a societal problem.

He said architects would make themselves available to work with the government to achieve the preservation of the environment.

Meanwhile, the Nigerian Institute of Building has appealed to the Lagos State government to implement its physical planning laws to stem the spate of building collapse in the state.

The Chairman of the Lagos State chapter of the institute, Mr Lucky Isename, said this at a press briefing on the collapsed 21-storey building on the Ikoyi axis of Lagos, the News Agency of Nigeria.

“We await the outcome of the five-man panel of enquiry recently commissioned by the Lagos State government to provide detailed causes of the collapse and recommendations.”

He called for the engagement of qualified builders and other certified built environment professionals in all projects to guarantee quality assurance in building production processes.

Meanwhile, a former Ogun State Commissioner for Special Duties, Mr Akogun Onadipe, while lamenting the loss of lives due to the building collapse at the event, called for checks on other buildings near the collapse site to determine their structural strength to avert danger.

The immediate past Chairman, Lagos Chapter, NIOB, Mr Sunday Wusu, also called for the inclusion of the private sector in the enforcement and implementation of the state’s building laws for efficiency.

“Wherever you are, work within that environment and if anything happens, you will be called upon, and if a management is being called upon, it is not one person, so they will be responsible for what they are doing.”

He said private inspectors could also enforce the quality of materials.