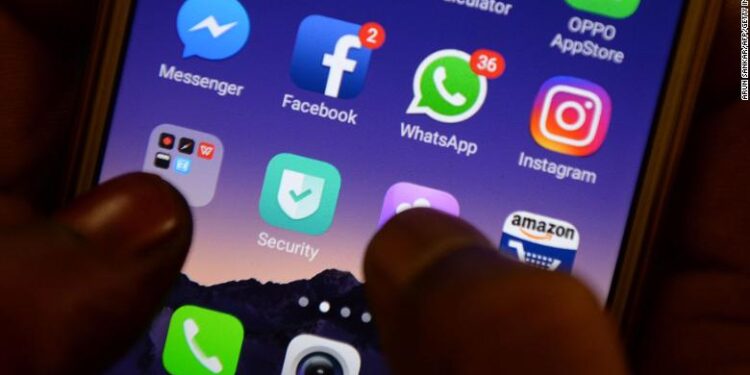 Millions moreWhatsApp users in India can finally start sending each other money through the app.

Facebook (FB), which owns the popular messaging platform, announced Friday that it had gone live with the new feature after years of regulatory hurdles prevented it from making the service widely available in India.

The National Payments Corporation of India, an organization affiliated with the Reserve Bank of India, confirmed in a statement Thursday that it had given approval for WhatsApp to roll out the service to more people, starting with a user base of up to 20 million accounts.

The company had been testing the tool in India since 2018 with up to 1 million users. The country is WhatsApp’s biggest market, with 400 million users.

“I am excited today that WhatsApp has been approved to launch payments across India,” CEO Mark Zuckerberg said in a video statement. “Now you can send money to your friends and family through WhatsApp as easily as sending a message.”

The feature is already available on the latest version of the app in 10 Indian languages. Facebook noted that anyone who wants to use the service needs to have a bank account and debit card with a lender that allows users to make transactions across different apps in India.

WhatsApp has made no secret of its ambitions to start providing more services to users in India.

It first announced plans to move into online payments more than three years ago and in 2018, appointed the co-founder of a digital payments firm, Abhijit Bose, as its first India chief, signaling a desire to ramp up its plans in the space.

Jio Payments Bank, which operates under Ambani’s Reliance Industries umbrella, is one of the partners on WhatsApp’s new payments venture.

US announces new criminal charges in Pan Am terrorist bombing