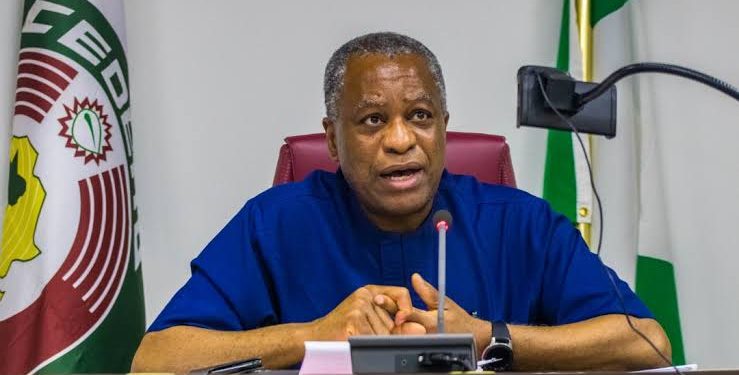 The Nigerian High Commissioner to Indonesia, Usman Ogar and a diplomat, Abdulrrahman Ibrahim, who was assaulted by immigration officers in the South East Asian country, will arrive in the country today.

The Ministry of Foreign Affairs disclosed this to The PUNCH on Wednesday as the Indonesian High Commissioner to  Nigeria, Dr Usra Harahap, told the Minister of Foreign affairs, Geoffrey Onyeama, in Abuja that the Nigerian diplomat was the aggressor during his (Ibrahim) encounter with some immigration officers.

Recall that Ibrahim was assaulted in a car by some Indonesian immigration officials in Jakarta.

The August 7 incident had sparked a diplomatic row between Nigeria and the Indonesian authorities with the Federal Government recalling Ogar for consultation, while threatening a review of the bilateral relations between the two nations.

The spokesperson for the Ministry of Foreign Affairs, Mrs Esther Sunsuwa, said, “The Federal Government will make its position known after consulting with the recalled Nigerian envoy expected to arrive in the country along with Ibrahim on Thursday (today).”

Recall that the minister had on Monday summoned Harahap over the assault of the Nigerian diplomat in Jakarta.

Our correspondent on Wednesday obtained a copy of the Indonesian envoy’s presentation to Onyeama during the Monday meeting.

Giving an account of the incident, the envoy disclosed that the immigration officers from South Jakarta Immigration Office were carrying out surveillance on foreigners when they asked Ibrahim for identification but the diplomat allegedly refused to identify himself or tender his passport.

He stated “By that time, they met with Mr Ibrahim, and politely requested him to show his travel document. He answered that his passport was in his room.

“Then the officer asked again, ‘Can we see your travel document to check the residence permit and if there are no problems with the document, so you may continue your activities

“Mr Ibrahim was not willing to show his passport and said to the officer, ‘you will know who really I am and be careful on that.

“Instead of showing his identity card, Mr Ibrahim was angry and said, ‘Just arrest me and you will regret to know who really I am.’

“The officer said, ‘We will not detain you further sir, if you can show us your identity card.’  Then Mr Ibrahim said, ‘Where is your car, I’ll come to your office.’

“This led to other officers restraining him from attacking another officer during the trip.”

Explaining that Ibrahim later showed his identity card, Harahap further said, “As of February 22, 2021, there were 180 Nigerian citizens in Indonesian Immigration Detention Centre, who were undergoing process for deportation.”

The envoy further said that the issue was resolved when the Nigerian high commissioner to Indonesia arrived at the South Jakarta Immigration Office around 6:30 pm, together with the staff and his police guard from the Directorate of Security of Vital Objects of Police of the Greater Jakarta Metro Area

He stated that the officer injured by Ibrahim lodged a complaint about the attack on him but did not process it further because the matter had been resolved.

When our correspondent asked if Indonesia would sanction the officials involved in the incident as demanded by Onyeama, the spokesman for the Indonesian High Commission in Nigeria, Mr Zaenur Rofid, said investigation into the incident was still ongoing.

Meanwhile, the Association of Foreign Relations Professionals of Nigeria has commended the recall of the Nigerian high commissioner to Indonesia by the FG.

In a statement on Wednesday titled, ‘Undiplomatic and uncivilized treatment of a Nigerian diplomat in Indonesia’, AFRPN President, Amb Gani Lawal, called for the sacking of the immigration officials.

The association comprising serving and retired ambassadors asked the Indonesian high commissioner to return to Jakarta “until satisfactory explanation and necessary restitutive steps are taken by Indonesian authorities to assuage frayed nerves.”

Similarly, the Association of Retired Career Ambassadors of Nigeria condemned the attack by the Indonesian officials on the diplomatic agent.

It said, “The actions of the Indonesian officials represent a modern-day display of gangsterism and inhuman behaviour towards a fellow human being, even if he was not a diplomatic agent, and must therefore be met with robust response from the Federal Government of Nigeria through the application of measures that may include a complete reassessment of Nigeria’s diplomatic relations with Indonesia.

“ARCAN rejects the statement credited to the Head of the Regional Office of the Ministry of Law and Human Rights of Indonesia which makes no sense and an obvious attempt to cover up the barbaric action of the Immigration officials, and a clear indication of the unacceptable manner foreigners, legal or illegal, are treated in the country.”