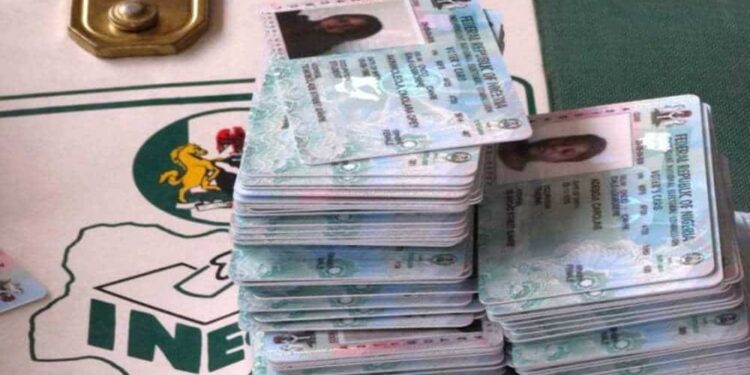 Okoye spoke on Thursday during a workshop on election reporting organised by the Cable Newspaper Journalism Foundation (CNFJ).

In the past weeks, there have been several reports of PVCs found under the ground and in the possession of individuals.

At the time, INEC had said it is not taking the allegations lightly, and that it has “commenced immediate investigation and anyone found culpable in this diabolical scheme clearly intended to disenfranchise Nigerians will be sanctioned under the law.”

Speaking at the workshop on vote buying and election manipulation, Okoye said, “very soon, the commission will release a report relating to all the PVCs people said were found in gutters and on the streets of Lagos.”

“This nation will be shocked,” he added.

“Those who have bought PVCs thinking they can influence the result of an election are the ones who are opposed to the use of the BVAS.

“We have made it very clear that if the BVAS cannot capture your fingerprint and face, we will not allow you to vote.”

Okoye added that INEC will carry out mock accreditation in all the states of the federation and all the senatorial districts.

“We did the same mock accreditation in Ekiti and we also carried it out in the Osun governorship election. We’ll do it so people can have a feel of the workings of the BVAS and how it will be deployed for the election,” he said.

Why Bill On Surrogacy, Human Fertilisation Is Important In Lagos – Obasa

Why Bill On Surrogacy, Human Fertilisation Is Important In Lagos – Obasa