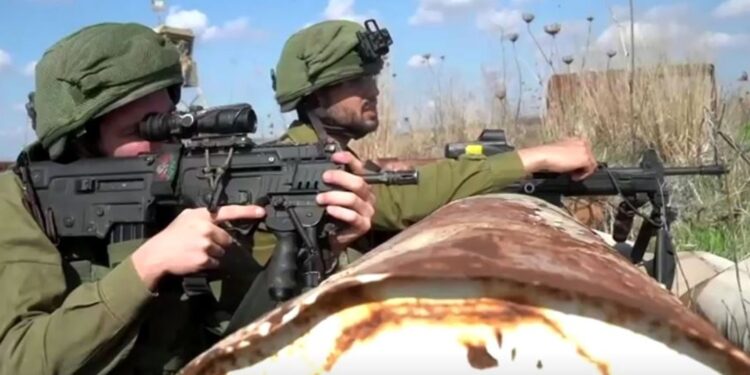 Eight targets were hit in strikes on Syrian and Iranian military facilities, according to the Israeli Defence Force (IDF).

Israel’s military has said its war planes hit several targets inside Syria on Tuesday night including a military facility at Damascus airport.

According to a spokesman for the Israeli Defence Force (IDF), eight targets were hit in a series of strikes on both Syrian and Iranian military facilities along the Syrian-Israeli border and in the Damascus area.

Syrian state media said its forces fired back but added that three soldiers on its side were killed.

Speaking to Sky News, Lieutenant Colonel Jonathan Conricus, the spokesman for the IDF, said the strikes were diverse and designed to send a clear message to Syria and Iran that “Iranian entrenchment inside Syria will not be tolerated”.

He said that an Iranian military HQ at Damascus airport and a facility to host senior Iranian delegations were both hit and that intelligence assessments were now establishing the damage caused.

The strikes were retaliation for an Iranian-directed effort to set off anti-personnel mines against Israeli troops, he said.

The IDF provided images of three claymore anti-personnel mines which it said were discovered on the Israeli side of the Syria-Israeli border.

The Israeli military said other targets hit included a base of the 7th Division of Syrian Armed Forces who are responsible for the Golan Heights region along the border where the mines were found. 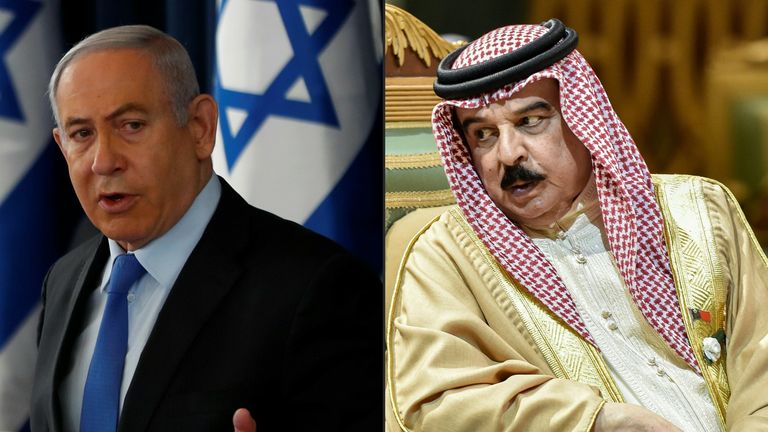 Israel has repeatedly warned of Iran’s continued and growing “entrenchment” within Syria as Tehran seeks to expand its influence across an arc of the Middle East.

Israel is believed to be responsible for numerous attacks inside Syria and even in Iran too but rarely does the Israeli government acknowledge such operations.

A series of mysterious incidents inside Iran earlier this year led to suspicions of Israeli involvement. 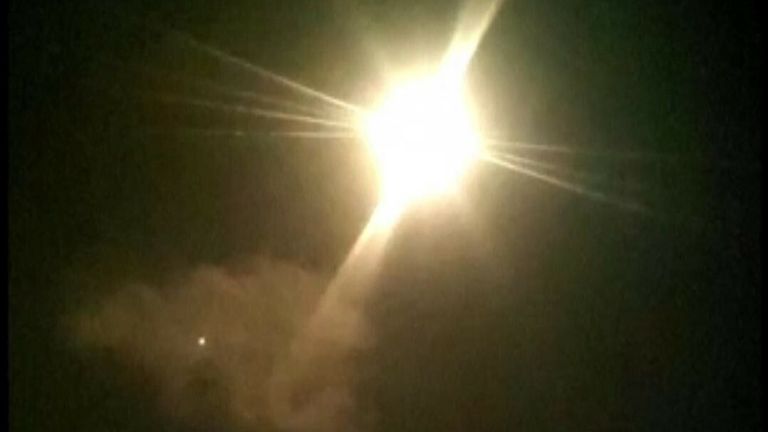 These latest airstrikes coincide with a visit by outgoing US secretary of state Mike Pompeo to Israel.

Mr Pompeo is meeting Israeli prime minister Benjamin Netanyahu in what will probably be his last visit to the region as representative of the Trump administration.

Mr Pompeo and Mr Netanyahu will be joined by the foreign minister of Bahrain, Abdullatif bin Rashid Al-Zayani, in his first ever visit to Israel as Gulf Arab countries seek to normalise relations with the Jewish state – seen as a key foreign policy achievement of the Trump administration.

Following the overnight airstrikes, the Israeli military has increased its ground and air defences along the northern border region in anticipation of a counter-attack from Iranian-backed forces in Syria or Lebanon.