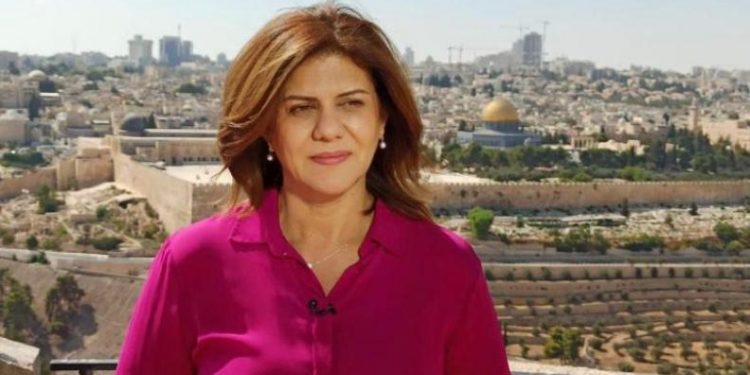 The Israel Defense Forces have ​admitted for the first time that there is a “high possibility” Palestinian-American Al Jazeera journalist Shireen Abu Akleh was shot and killed by Israeli fire while covering an Israeli military operation in Jenin in May, the IDF announced Monday.

“[I]t appears that it is not possible to unequivocally determine the source of the gunfire which hit and killed Ms. Abu Akleh. However, there is a high possibility that Ms. Abu Akleh was accidentally hit by IDF gunfire fired toward suspects identified as armed Palestinian gunmen during an exchange of fire,” the IDF said in a statement.

When asked about investigations, including CNN’s, that found no militants near Abu Akleh when she was killed, the official said: “It is our estimate that there were militants in the vicinity of Ms. Abu Abkleh. Maybe not one meter beside her but they were in that area​,” but the official did not provide evidence to support that claim.​
“When the soldier made that decision, it was a blink of a decision,” the official said. “The soldier did not intend to injure an Al Jazeera journalist or [journalist] from any other network.”

“The soldier is sorry, and I am sorry. This was not supposed to happen and it should not happen. He did not do this on purpose,” the official said. ​He did not name the soldier.

When she was killed, Abu Akleh was accompanied by a group of other journalists, including her producer ​Ali al-Samoudi, who was wounded in the incident.

According to the Palestinian autopsy, Abu Akleh was killed by a single bullet to the back of the head.

My Work In Europe Is Done- Ronaldo