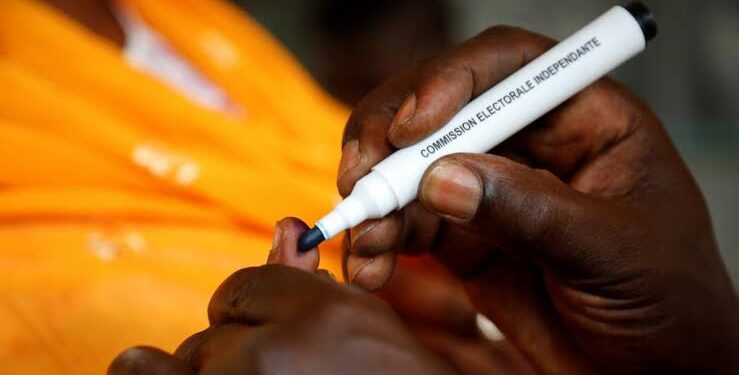 Vote comes months after President Ouattara won a third term in a poll marred by unrest that killed at least 85 people.

Ivory Coast has held calm parliamentary elections, with voters going to the polls in a key test of stability, four months after a presidential vote was marred by deadly violence.

More than 1,500 candidates on Saturday vied for the votes of roughly seven million people in a contest for the 255-seat National Assembly in the world’s top cocoa grower.

The poll took place only months after President Alassane Ouattara won a third term in an election characterised by unrest that killed at least 85 people and left hundreds of wounded, the country’s worst violence since a 2010-2011 civil war.

After boycotting the presidential election in protest over Ouattara’s decision to seek a third term, the parties of former presidents Henri Konan Bedie and Laurent Gbagbo fielded parliamentary candidates on a joint list.

Clear control of Parliament by Ouattara’s Rally of Houphouetists for Democracy and Peace (RHDP) party would strengthen his hand to pursue an agenda based on attracting investment to a country that has been one of the world’s fastest-growing economies in recent years.

“I hope that the unfortunate events of the presidential elections of 2010 and 2020 are past us,” he said, referring to poll-linked violence that claimed thousands of lives.

Bedie, head of the opposition Democratic Party of Ivory Coast (PDCI), who cast his vote at the same polling station as Ouattara, called on the independent electoral commission “to ensure there is no cheating or trouble”.

Two hours before the 22,000 polling stations closed at 18:00 GMT, voting was carrying on in an a calm atmosphere. Final results are due on Sunday.

“We are voting for peace. We don’t want any more endless debates between Ivorians,” said Aïcha Coulibaly, a hairdresser, who wore an RHDP T-shirt as she voted in Abobo, an Ouattara stronghold of the commercial capital, Abidjan.

The opposition is under pressure to show it remains relevant after more than a decade of political dominance by Ouattara, who came to power after defeating the incumbent Gbagbo in the 2010 election and then prevailing in the war that followed.

Gbagbo’s faction of the Ivorian Popular Front (FPI) is participating in a national election for the first time since he was removed in 2011 and sent to the International Criminal Court to face war crimes charges. He was acquitted in 2019.

“I am happy to participate in this vote. Since 2010, I hadn’t voted,” retiree Alfred Balli told Reuters news agency after casting his ballot in Yopougoun, a Gbagbo stronghold of Abidjan.

Bedie’s Democratic Party of Ivory Coast (PDCI) dominated national politics from the 1940s until he was overthrown as president in 1999. It backed Ouattara for years but split with him in 2018.

Micheline Irielou, a 43-year-old who lives in Abidjan’s central Plateau district where all government offices are located, called for change.

“We’re tired. We don’t have much to eat. In my neighbourhood we don’t have water and that’s why I came to vote. So that it changes,” she told AFP news agency.

In contrast to the bloodshed that marked the October 31 presidential poll, pre-election campaigning was as peaceful as it was enthusiastic.

All the candidates pledged support for peaceful elections and signed up to a code of conduct.

“The prospect [of a high turnout] favours peaceful elections,” said Adama Bictogo, a candidate for the constituency of Agboville, near Abidjan.

In the last legislative vote in December 2016, Ouattara’s RHDP party teamed up with the centre-right Ivory Coast Democratic Party (PDCI), winning an absolute majority with 167 seats.

But last year’s crisis has shattered that deal.

In an unprecedented move, the PDCI has forged an election alliance with the centre-left coalition Together for Democracy and Solidarity (EDS), whose driving force is Gbagbo’s FPI.