by The Lagos Today
in World News, Breaking
1 min read
0
0 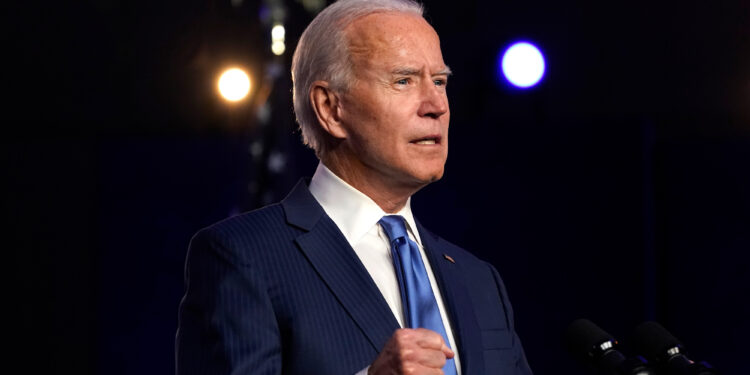 Joe Biden has emerged the 46th president-elect of the United States on Saturday after winning Pennsylvania and its 20 electoral votes.

Biden’s win in Pennsylvania took his electoral college vote to 284, which exceeded the 270 needed to win the White House.

At age 77, Biden is America’s oldest president. He had focused his campaign aggressively on President Donald Trump’s widely criticised handling of the COVID-19 pandemic, which was seen by many voters as the most important issue facing the country.

On Friday night, Biden predicted victory, as he maintained his Electoral College lead over Trump and had overtaken the president in Pennsylvania, Georgia and Nevada.

He had promised to lead as an American president not a Democrat president.

Biden’s victory has, however, denied Trump a second term.