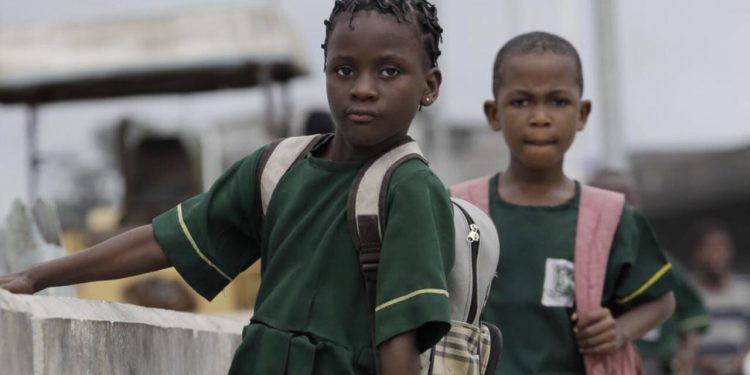 The Kano State Government on Monday said it had recorded increased school enrolment of 3,973,957,02 pupils of which 2,509 of the figure in the 2019/2020 annual school census were girls, indicating 96 per cent increase on Girl-Child enrolment in the state.

The Kano State Commissioner for Education, Ya’u Yan’shama, who stated these on Monday in his welcome remarks at a one-day official closing ceremony of Girl Education Project Phase 3 2018-2022, expressed appreciation to the Kano State Governor, Dr. Abdullahi Ganduje, for partnering with UNICEF and other relevant donor agencies toward increased Girls enrolment in the state.

According to him, the project, which is implemented by the Kano State Government is funded by the Foreign, Commonwealth and Development Office and managed by the United Nations Children Fund (UNICEF), adding that it has so far, recorded major interventions in the Education Sector, specifically the Girl-Child Education in the State.

“I express my appreciation to the Kano State Governor, Dr Abdullahi Umar Ganduje for partnering, with (UNICEF) and relevant Donor Agencies. UNICEF is a household name when it comes to major interventions in the Education Sector, specifically Girl-Child Education. It is on record that Kano has witnessed an increased number of pupils since the inclusion of Kano State to the Girl Education Project.

“This is a tremendous achievement, courtesy of UNICEF activities that will remain fresh in our memory in terms of educational development. In addition, series of interventions, such as enrolment drive, rural activities and the enrolment or rural members are some of the activities that gingered and sensitized the rural women.”

In his remarks, Chief of Field Office, UNICEF field office, Mr Rahama Mohammed Farah, said the renewed partnership benefits for 10 years, as well as wealth of experience of shared efforts in providing education for all children has enhanced enrollment drive, gingered and sensitised the rural women.

“With the wealth of experience, we are today much better equipped to tackle persistent challenges that face education, including the emerging ones, such as insecurity, COVID-19 and the devastating effects of climate change. The Girls Education Project phase 3 sought to ensure more girls enrolled, completed basic education and acquired skills for life and livelihoods in Northern Nigeria.”