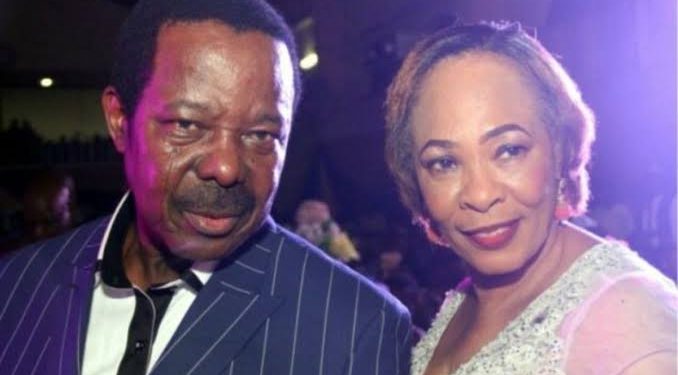 Adegeye, a former lawmaker in the Lagos State House of Assembly, died last week, a few hours to her husband’s 75th birthday.

The lying-in-state and interment, took place yesterday at Ebony Vaults and Gardens, Ikoyi, Lagos amid tears. Sympathisers on Tuesday gathered at the service of songs held in her honour in Ikeja.

The deceased is survived by her husband and son, George Folarin.

Sunny Ade described his wife as a heroine and an achiever. Folarin expressed sadness about her demise.

The woman represented Amuwo-Odofin Constituency 1 in the House of Assembly from 2011 to 2015.

She was a chairmanship aspirant in the All Progressives Congress (APC) in Amuwo Odofin Local Government.

The deceased’s son said Risikat was buried early, based on her instruction.

A family source said the ‘celebration of life’ would hold on December 19.