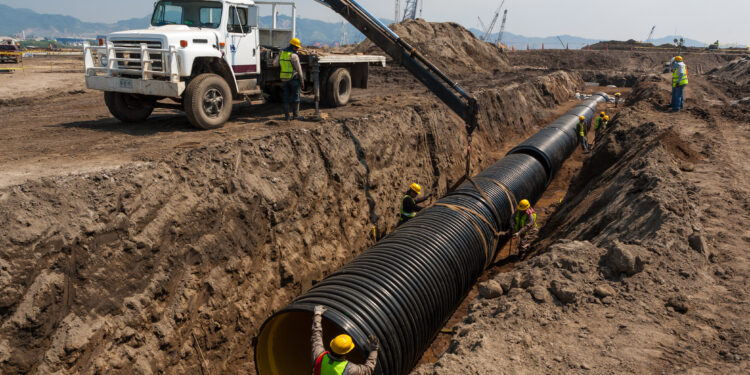 In a bid to checkmate the problem of flooding in nearby areas, the Lagos State Government has begun construction of a new drainage channel in the Ayobo area of Ipaja, Lagos.

The drainage which is sited at Akinola/Aboru would help to prevent life-altering floods which has terrorised the environment for many years.

The state Commissioner for the Environment and Water Resources, Mr. Tunji Bello, who disclosed this at a stakeholders’ meeting in Abule Egba at the weekend, announced the commencement of works on the drainage channel.

He assured residents of a quality work and asked residents to take ownership of projects in their domains.

He urged residents to form a committee to supervise the project and report their complaints to the ministry in case of a discrepancy as regards the project, adding that it was the resolve of the Sanwo-Olu administration to prevent further losses of lives and properties caused by flooding that necessitated the award of the contract afresh.

Earlier in his remarks, the Special Adviser to the Governor on Drainage and Water Resources, Joe Igbokwe, commended the residents for collaborating with the government on the construction of the major drainage channel in the axis.

The Permanent Secretary, Office of Drainage Services, Olalekan Shodeinde, described the project as an engineering masterpiece that would run through three local councils.

He said the project might come with some pains as buildings on the setback and alignment might be moved.

He added that the Akinola Bridge which collapsed recently, measuring 20 metres, would be reconstructed and expanded so that water would flow freely underneath without damage.

Another container, yesterday, fell off a truck marked AGL 87 KZ, under the burnt Airport link Bridge, along Oshodi- Apapa...