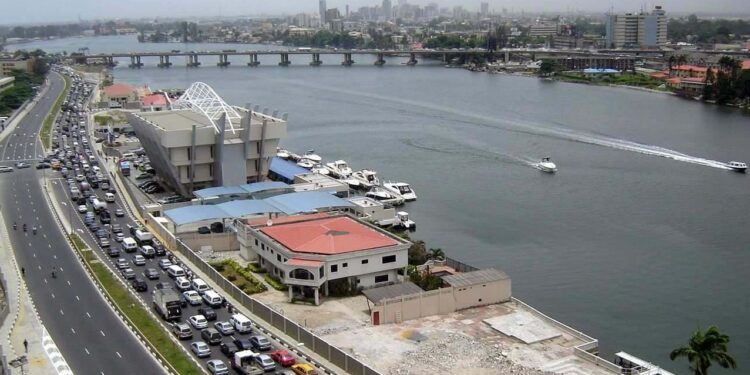 Lagos State Government has said it will deliver its Regional Road Project in Lekki within the next two years. The road which runs parallel to the Lekki-Epe expessway is expected to ease the perennial traffic gridlock along the Lekki corridor and serve as a Fourth Mainland Bridge.

Commissioner for Physical Planning and Urban Development, Dr. Idris Salako made this declaration while speaking at a stakeholders’ engagement meeting with residents of Eti-Osa Local Government. He said the nine kilometre road was long overdue as a panacea and strategic link to circumvent the transportation gridlock from Mainland to Lagos Island.

The regional road was conceived by the Lagos State Government in the Lagos Metropolitan Master Plan (1980-2000) and also identified in the 1991 Layout Approval issued by the state government as strategy to engender the socio- economic development of Lekki corridor.

Salako expressed displeasure that the objective for which the road was conceived was being threatened and negated by series of encroachments as some estates; buildings and other structures were on its Right of Way.

“In view of the importance of the proposed road project to the socio-economic development of the state, the government is determined more than ever to bring everyone on board and ensure seamless execution of the project.”

Adding that inclusive governance approach will enable the government to fulfill its promise of democratic dividends through the THEMES Agenda of Lagos State.

“It is our fervent belief that people in this area are willing to embrace the implementation of the project for the benefit of the generality of Lagosians. This is because it would make life easier and more meaningful for the teeming population of Lagosians through effective inters connectivity within our dear State,” Salako said.

Also at the meeting is the Special Adviser to the Governor on Works and Infrastructure, Engr. Aramide Adeyoye who urged residents of the area to embrace the project and support government in the bid to make life easier for the people.

While Special Adviser to the Governor on Urban Development, Ganiyu Adele Ayuba, appealed to stakeholders to assume ownership of the project, cooperate for its execution and ensure the protection of the road infrastructure upon completion.

Chairman, Lagos State House of Assembly Committee on Physical Planning and Urban Development, Nureni Akinsanya noted that in view of the prospects of the project, especially the expected impact on business and well-being of the people, the House of Assembly had resolved to cooperate as usual with the Government in order to ensure that the project was delivered within two years as promised.

On behalf of Eti-Osa community, Sanni Adewale said the people are excited about the focus of the government on the area, as they are willing to support its successful execution.