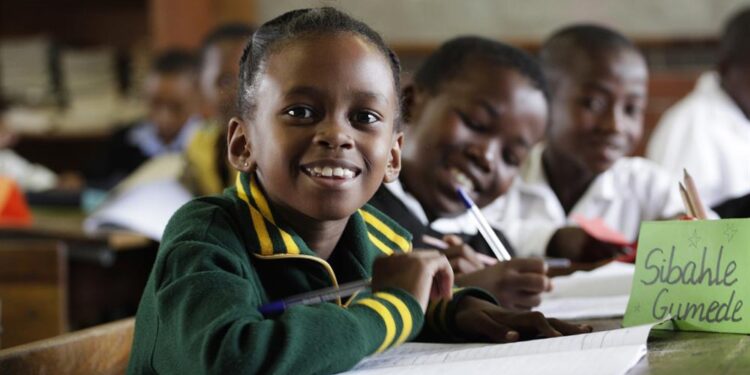 The Lagos State Government has introduced modular building systems such as containerised material in its public schools, which will serve as a faster way of delivering classroom infrastructure.

The modular school system is an initiative, which involves creating technology-enabled schools from the scratch using containerised structures that have all the equipment needed for learning in the 21st century.

It was gathered that the delivery of school buildings through the modular system could take up to six months or less, offers flexibility for future upgrading, easy procurement process. The structure comes in form of a storey building with the ground floor and first floor and could also consist, ground, first and second floors.

Currently, the modular school building, consisting of shipping containers is being deployed at Vetland Junior Grammar School located in Agege.

The Chairman of the Special Committee on Rehabilitation of Public School (SCRPS), in Lagos, Mr. Hakeem Smith told The Guardian that the modular school system is planned for the state’s six educational districts.

He said, “The modular school is not like the conventional schools. What I mean is the brick and mortar school buildings, which are cement, block and concrete. We have seen the urgency and the need to quickly improve on the delivery of classrooms since we have noticed that a majority of the schools have inadequate classroom blocks.

Smith stated that the innovation would enhance visual learning in schools.

“The teacher will be using the screen and the students will have access to notes the teacher is using through tablets. So, once you have your tablet and internet connection, you could learn from wherever you are.”

He stated that government has put in place measures to ensure that it is sustainable by bringing in solar panels in addressing issue of power generation and disruption.

“We are about finishing the block in Vetland Junior School and all the IT equipment is available and ready. Once the blocks are fixed, the contractor will incorporate the IT components.

The idea, he said, is a new one and the government is building six of such projects, one per each educational district. According to him, in a place like Badagry, the likely deploy construction that methodology of because the area close to the beach and the weather may not be able to take things like the container structure.

“We might change the method of construction but we still have to ensure that all the IT gadgets that we want to use in the school. We can decide to use another type of methodology like wall tiles and forms, which is not traditional, or use things like concrete panels”, he said.

For him, the expectation from the scheme is that students in the state would get proper education with modern tools and technologies to learn adding that with the technology, the state is sure that peradventure, there is another pandemic, people can learn from home.
A source with the contractor handling the project, Equipment Hall, expressed optimism the modular school typed buildings will improve the infrastructure in the Lagos learning environment and boost the performance of students.