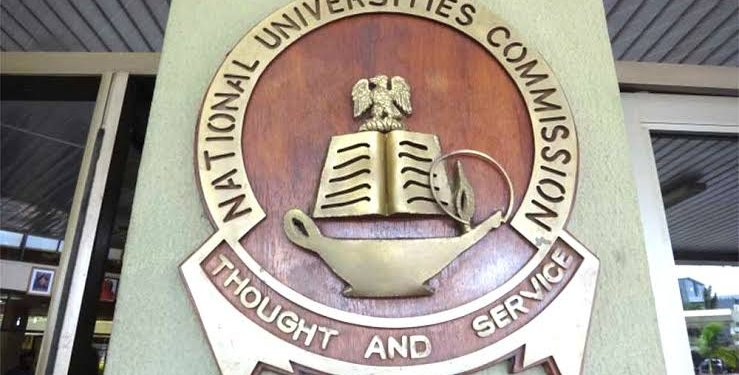 The NUC Executive Secretary, Prof. Rasheed Abubakar, while handing over the licenses to the state officials in Abuja said the two universities were existing institutions.

Abubakar congratulated the Lagos state government officials and advised them to strictly abide by the laws guiding university operations.

He urged the officials to approach the commission if need be for proper guidance to avoid violation of rules of engagement which could attract maximum sanctions from the commission.

“By this letter dated Feb. 8, 2022, the new aforementioned universities in Lagos state have been officially recognised by NUC.

“JAMB, NYSC, TETFund and other relevant stakeholders will be notified as quickly as possible for their planning and other engagements,” he said.

Responding, Gov. Babajide Sanwo-Olu appreciated the commission for proper scrutiny of their submissions and kind considerations that heralded the approval of the two universities.

Sanwo-Olu promised the commission that the institutions would lead the way in the provision of quality education for Lagos residents.

He further said that the quest for more universities in the state became necessary as a result of increased demand for education.

He noted that the existing institutions had reached their topmost height and needed expansion with additional academic and infrastructural capacities.

According to him, getting approval for two new universities at a time is not being over ambitious but because it is what the people yearn for.

“For instance, there are thousands of private and public primary and secondary schools in Lagos that requires the services of teachers in mathematics, science and other subjects. This is what the university of education will provide

“We have a ready-made market for the people that will graduate from these institutions.

“We are therefore, on the right track in terms of host community relationships and other stakeholders,” he added.