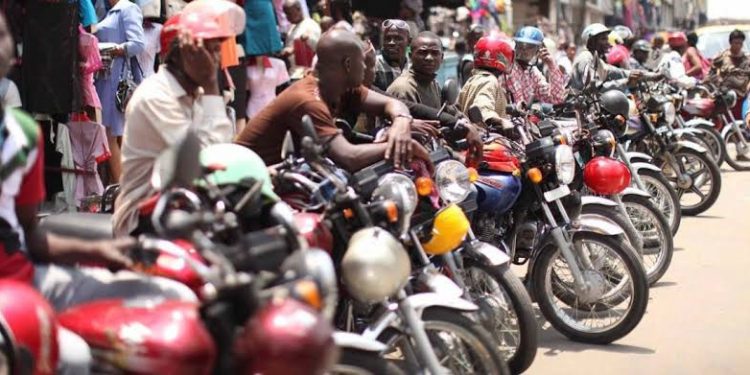 The Lagos Government has inaugurated an Anti-Okada Squad to join the Police in enforcing ban on use of motorcycles for commercial transportation on highways, major roads and bridges in six local government areas of the state.

The Commissioner for Transportation, Dr Frederic Oladeinde, said in a statement on Tuesday in Lagos that the ban was in line with the Transport Sector Reform Law (TSRL), 2018.

Oladeinde said the government was set to reinforce the ban on commercial motorcycles in the six LGAs and nine Local Council Development Areas.

The commissioner said at the inaugural ceremony, that the Special Anti-Okada Squad would be reporting to the Police.

Oladeinde urged the citizenry to collaborate with the government to combat their menace.

“It is the responsibility of the public to report any nefarious activities of the squad to the Ministry of Transportation.

“Such reports will help the government generate feedback on strategies for the protection of lives and property.

“Individuals arrested (i.e. riders and passengers) will be made to face the full wrath of the law in line with the provision of Section 46, sub-section 1, 2 & 3 of the Transport Sector Reform Law (TSRL), 2018,” Oladeinde said.

The Permanent Secretary, Ministry of Transportation, Mr Kamar Olowoshago, also urged the Anti-Okada personnel to be diligent and honest in the discharge of their duties.

Also at the inauguration was the Commissioner for Housing, Fatai Akinderu, who later presented completion of training certificates to members of the squad.