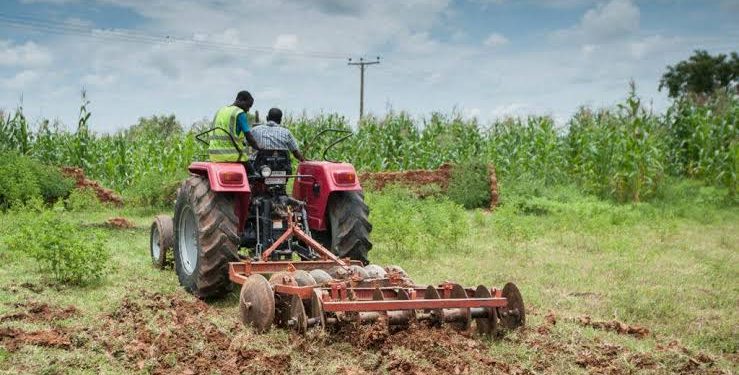 The Lagos State Government is set to acquire 14 brand new tractors and other equipment for farmers in the State, ahead of its agro-mechanisation programme.

This was announced by the government on Tuesday, in a statement titled, ‘Agric mechanisation programme: LASG to procure 14 new tractors, ancillary equipment for farmers.’

The Governor of Lagos State, Babajide Sanwo-Olu, had earlier said that the ‘Eko Agro Mechanisation Programme’ of the state government will boost food security in the state.

The Governor, who was represented by the Permanent Secretary, Ministry of Agriculture, Mr. Hakeem Adeniji, stated that the equipment will be utilised under the operational model known as Tractor-On-the-Go.

“From this year, the Federal Government, through the State FADAMA Development Office domiciled in the Ministry of Agriculture, will be providing a relief package, though minimal, to existing poor and vulnerable farmers and processing groups under the World Bank assisted COVID-19 Action Recovery and Economic Stimulus tagged ‘NG CARES’ Programme, to assist poor households with farm inputs,” the statement quoted Sanwo-Olu as saying.

He added, “We shall improve on existing agricultural infrastructure in some rural farming communities to reconnect agricultural value chain actors with input and output markets. To reassure safety in our markets, water and sanitary facilities shall also be upgraded in 69 wet markets across the State under the ‘LAGOS CARES’ Programme”.