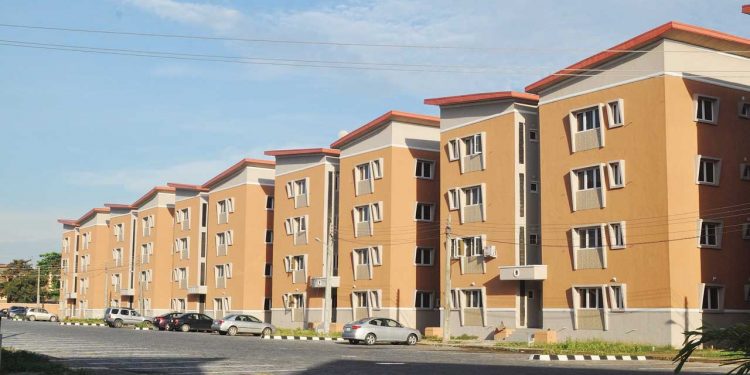 The Lagos State Government has commenced processes to incorporate the ‘foreclosure clause’ into the Lagos State Mortgage and Property Law to safeguard development of its real estate sector.

The Special Adviser to Governor Babajide Sanwo-Olu on Housing, Toke Benson-Awoyinka, said this on Wednesday, at a roundtable on the proposed amendment to the law in Lagos.

The foreclosure is the action of taking possession of a mortgaged property when the mortgagor fails to keep up their mortgage payments.

She said it was also committed to ensuring the highest level of integrity.

The special adviser said the state’s mortgage and property law aims to encourage growth in the real estate sector and regulate consumer loans for property realisation in the state.

She hinted that all relevant stakeholders in the sector, including finance and banking and private developers, had been engaged in discussions on several areas.

These include accessibility to long term finance, low cost housing construction at improved quality, contract enforcement and issue of foreclosure.

Mrs Benson-Awoyinka said the meeting was to discuss some key areas for consideration in the amendment to the mortgage bill, currently at the Lagos State House of Assembly.

“The areas of concentration include the speedy perfection of mortgage title, Strata titles, sale by auction, remedy for wrongful sale, introduction of provision for foreclosure, amongst others, which have been incorporated into the bill.

“The proposed amendment bill, when signed to Law, will include sale by public auction, voluntary surrender of mortgaged property in lieu of foreclosure, and foreclosure in default of payment of mortgaged amount,” she said.

According to her, the state is seeking a new Section 23 in the proposed amendment which now provides for sale of a mortgaged property by public auction and the conditions under which the right of sale shall arise.

Mrs Benson-Awoyinka said that the purpose of the amendment in Section 39 was not to take away the jurisdiction of the courts through the law, but to create certainty in mortgage dealings.

She said it was also to further protect the business environment for both public and private sectors of the economy.

The special adviser said the amendment was forward looking, as it considered the possibility that mortgaged property, when foreclosed, might be sold at a price higher than the amount owed.

Mrs Benson-Awoyinka said the excess or surplus money accruing from the foreclosure sale in this instance, should be due to the mortgagor.

According to her, this provision is to protect the interest of the mortgagor in the foreclosure proceedings in court.

In his remarks, the Lagos State Attorney General/ Commissioner for Justice, Moyosore Onigbanjo, said the bill was aimed at changing the old order of the mortgage and property law.

Mr Onigbanjo said the basic step the state government was taking by proposing the amendment could ultimately lead to a revolution in the real estate industry.

“We are generally fine with majority of the amendments except Section 39(8) which provides that: ‘where mortgage property is sold at a higher price than the amount owed, the excess or surplus money accruing from the foreclosure sale shall be due the mortgagor,” he said.

According to him, the position of the company is that a foreclosure presupposes that the property has been vested in the mortgagee.

Mr Ogundimu noted that as such, the mortgagee should not owe a duty of accounts to the mortgagor, as this is one of the distinguishing factors between a foreclosure and a sale.

Commenting, Rasheed Makinde, Chairman, Lagos House of Assembly Committee on Housing, said the House would accommodate innovations that would make the state match up with other growing cities.

Some real estate sector players at the event described the proposed amendment as a catalyst to restore confidence of investors into the sector.

They, however, expressed concerns that mortgagees might abuse the “foreclosure clause”.

They called for clauses to also protect the interests of the mortgagor in the bill.