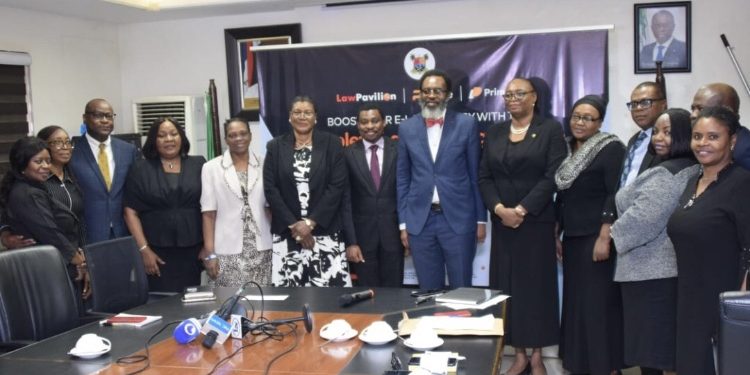 To ensure continued and effective administration of justice, Lagos State government on Wednesday, stated that it has begun the move to increase access and ensure quick dispensation of justice by publishing all laws of the state online.

The state Attorney General and Commissioner for Justice, Moyosore Onigbanjo (SAN), disclosed this at a press conference held to announce the partnership between the Ministry of Justice and LawPavilion on E-publishing laws of Lagos State.

Onigbanjo said the electronically published Laws of Lagos State will bring the administration of justice in the state in line with international best practices, which encourages technology as a major driver of legal initiatives.

He said the new initiative of e-publishing the laws will also improve the ease of doing business in the state as investors and other interested persons will now have access to all the laws of Lagos State at a glance.

“The importance of creating awareness of the Laws that are being passed by the Lagos State House of Assembly cannot be over-emphasised,” he added.