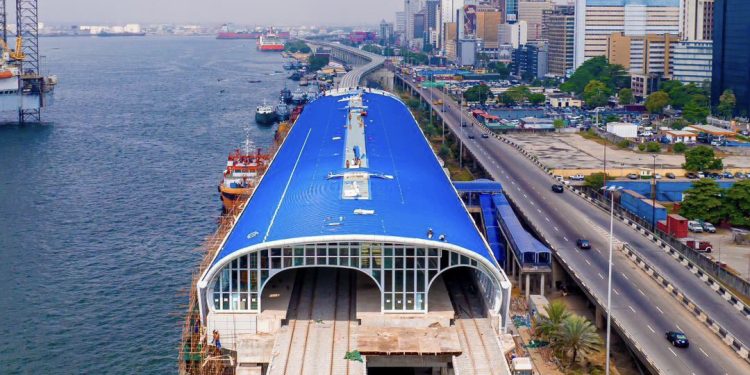 The Lagos Metropolitan Area Transport Authority (LAMATA), has announced that the infrastructure for the first phase of Lagos Rail Mass Transit (LMRT) Blue Line is ready,

In a statement signed by the Consultant, Corporate Communication of LAMATA, Mr Kolawole Ojelabi said the completion of the infrastructure is in fulfillment of the promise made by the Lagos State Governor, Mr. Babajide Olusola Sanwo-Olu that the project would be completed in the last quarter of 2022, ahead of the commencement of passenger operations slated for the first quarter of 2023.

He explained that the LRMT Blue Line is one of the six rail lines and monorail prescribed for Lagos in the state’s Strategic Transport Master Plan (STMP).

According to him, the LRMT Blue Line is a 27-kilometer rail system from Marina to Okokomaiko. Construction has been divided into phases for ease of implementation and is expected to move more than 500,000 passengers when the entire line is completed.

In his words, “Governor Sanwo-Olu had, while campaigning for the office of Governor, promised to complete the infrastructure for the first phase of the LRMT Blue Line and bring it to passenger operation.”

“The first phase is a 13-kilometer stretch from Marina to Mile 2 and has five stations at Mile 2, Suru-Alaba, Orile Iganmu, National Theatre and Marina. It is expected to move about 200,000 passengers daily,” he added.

Ojelabi pointed out that the rail system would be powered by electricity from an independent power plant to be purposely built for its operation.

Similarly, the Managing Director of LAMATA, Engr. Mrs Abimbola Akinajo averred that the completion of the infrastructure for the first phase of the LRMT Blue Line is a testimonial of the importance of public transportation to Governor Sanwo-Olu’s THEMES agenda.