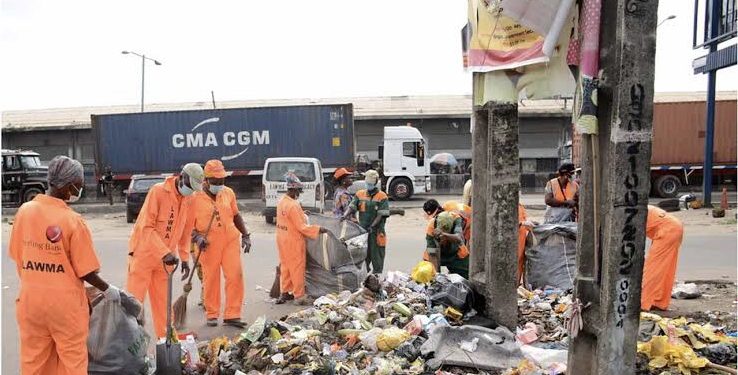 The Lagos State Government has said it has commenced the evacuation of backlog of waste which accumulated due to the exorbitant price of diesel.

The Managing Director of the Lagos Waste Management Authority, Mr Ibrahim Odumboni, disclosed this in a statement on Tuesday, adding that the clearing operation would take place between 10 pm and 4am across the state.

Odumboni disclosed that waste indiscriminately dumped at some locations have been successfully cleared.

He said, “The backlog due to the scarcity and exorbitant price of diesel has negatively affected the waste evacuation efforts of the Private Sector Participation operators and the agency.

“However, the areas that have been covered by the operations include Mushin, Oshodi, Ejigbo, Lagos Mainland, Apapa axis, Surulere, Lagos Island, Ikoyi, Lekki axis, Victoria Island and Ajah among others. I had stated earlier that we will capitalise on the cessation of rainfall and progress made on the rehabilitation of our landfills to clear the heaps of waste.

“The strategy has paid off as we have successfully cleared waste in most areas of our Lagos Central I and II, as well as East I and II districts. We are happy at the pace of progress, and the operations will continue until all parts of Lagos are covered.”

Odumboni further appealed for support from residents to stem the tide of improper waste disposal.

“We are appealing for cooperation from all residents to bag and containerise their waste. Anyone caught dumping waste indiscriminately would be sanctioned accordingly,” he added.