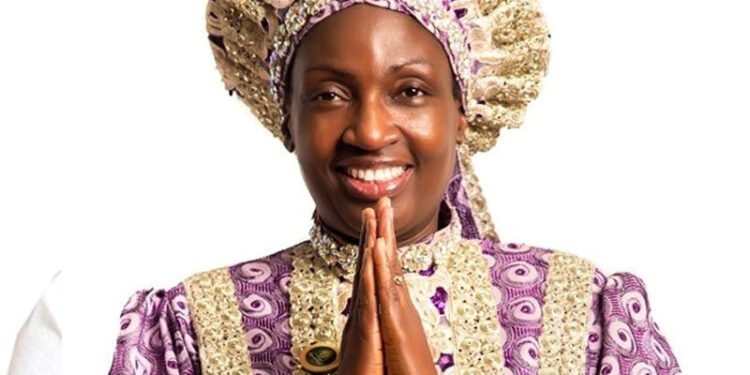 A non-governmental organisation, Esther Ajayi Foundation has upgraded the Special Correctional Centre for Boys in Oregun, Ikeja, owned by the Lagos State Government.

This was as part of its contributions to give a face-lift to the facility, support the downtrodden and improve their standard of living in society.

The Commissioner for Youth and Social Development, Mr. Segun Dawodu, who took possession of the newly rehabilitated Centre on behalf of the State Government said, “This project is an eloquent testimony of Rev. Ajayi Foundation’s milk of kindness to humanity”.

He recalled that the Foundation had been identifying and supporting vulnerable groups in the society both locally and internationally, describing the act as an expression of magnanimity, love and unwavering support to mankind, government and society at large.

According to him, the Special Correctional Centre was established for the reformation, re-socialisation, rehabilitation and reintegration of children who are beyond parental control, those in conflict with the law and those who are victims of unfortunate circumstances.

Dawodu explained that the students of the centre are usually taken through psychosocial counselling, leadership and mentoring sessions, vocational training of their choice which equips them with requisite skills, knowledge and attitude.

While commending the philanthropic gesture of Rev. Mother Esther Ajayi, founder of Esther Ajayi Foundation for sharing the vision of Lagos State Government, Dawodu promised that the present administration will continue to support and empower children and youths in the State with relevant skills needed to reduce unemployment, poverty and crimes.

In her remarks, Rev Mother Esther Ajayi disclosed that her attention was drawn to the needs of the boys in the Centre by her daughter before she decided to embark on the facelift project.

Admonishing the boys to develop a positive mindset in order to become individuals worthy of reckoning with in the society, Rev. Ajayi said “There are no bad children rather it is good mentorship that is missing. There is no gain in rascality”.

She enjoined other public-spirited individuals to support the Government in whichever way possible and contribute their quotas as Nigerians.

The rehabilitation works embarked upon by the Foundation comprised of lighting and interlocking of the pavements of the premises, painting of the perimeter fence, equipping the computer laboratory as well as the renovation of the kitchen and dormitory.