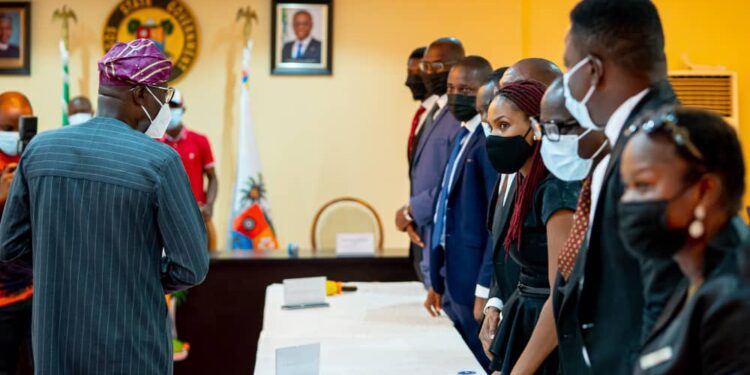 Lagos State Governor, Babajide Sanwo-Olu, has said the state supports the financial autonomy of the judiciary and has been implementing it.

Sanwo-Olu disclosed this on Twitter after a meeting with members of the Nigerian Bar Association, Lagos chapter on Tuesday.

The meeting was to dialogue on the ongoing strike action by the Judicial Staff Union of Nigeria which has shut down courts across the country.

According to the Governor, “I met with the representatives of the NBA branches in Lagos State today who came to dialogue with us on the ongoing strike action by judicial workers over financial autonomy for the Judiciary.

“Our administration fully supports financial autonomy and it is important to state that Lagos State has implemented and is in compliance with this.

“Lagos has always been at the forefront in Nigeria on matters of welfare and remuneration of judicial officers, reforms and working conditions.

“Our commitment to full financial autonomy to the judiciary is strong and I assured the NBA leadership that I will work with other Governors to resolve the issues that led to the strike.”

Recall that the Senate on Monday asked governors across the 36 states of Nigeria to save the nation’s democracy from collapsing by granting full independence to the judicial arm of government.