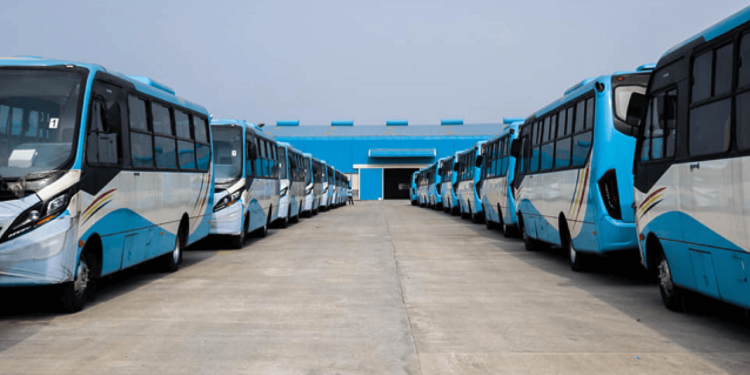 The Lagos Bus Services Limited (LBSL) has suspended its operations indefinitely in the wake of allegations that one of its buses was used in conveying thugs to Alausa to disrupt EndSARS protests, yesterday, as captured in a viral video.

The Managing Director, LBSL, Mr. Idowu Oguntona, said contrary to reports, none of its buses was used in conveying thugs to disrupt protests.

Oguntona said what happened was that the bus was headed for Oshodi when some armed thugs alighted from a yellow commercial bus just next to the BRT. He said in the process, many passengers got scared and began jumping out of the bus.

The MD stated that the thugs did not attack the bus but went their way while the BRT continued on its journey but unfortunately this was not captured in the video.

A statement signed by its Public Affairs Officer, Afolabi Olawale, read in part: “While giving a background to the video, the Managing Director of LBSL, Mr. Idowu Oguntona, stated that bus 240171 in the video was heading towards Oshodi from Berger around 8:00a.m. when it ran into some armed people. Commuters in the bus scampered for safety. One of the passengers even tried to escape through the rear window of the bus.”

The MD said in the interim, the company “is forced to suspend temporarily all bus operations for the safety of passengers and until it is safe to return to service.”

Meanwhile, chairman of the National Union of Road Transport Workers (NURTW), Lagos State Council, Musiliu Akinsanya, aka MC Oluomo, has described as blackmail the allegations that he sponsored attacks on #EndSARS protesters at Alausa.

He told newsmen he had on October 11 issued a statement in support of the protest. He wondered why people would link the event in Alausa to him.

“I was surprised when my aides brought it to my attention what people were tweeting on the issue. I couldn’t have been involved in such act because I support the quest to reform the police force. How will I do such when my brothers and sisters are among the protesters,” he said.

According to him, no sane member of the union will join people to attack the protesters because it is for the good of everybody. He said: “Today being the anniversary of my first year in office, I deliberately cancelled the idea of celebration due to the situation in the country and to lend my support to the protest.

As a good citizen who abhors anything violence, I wonder how people will link me with the violence that took place in Alausa. I always warn my people not to involve in violence and whoever does, I will personally hand over the person to the security agency. I didn’t send anyone to disrupt or attack the #EndSARS protesters.”