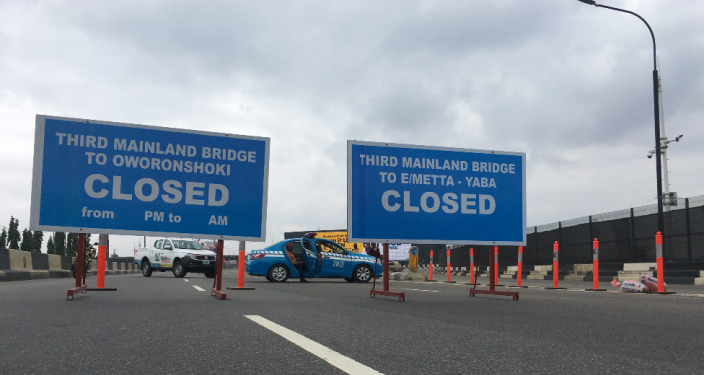 The Lagos State Government, on Wednesday, announced plans to completely shut the Oworonshoki bound lane of the Third Mainland Bridge by midnight on Saturday till 7pm on Sunday.

The closure is to facilitate the removal of the last expansion joint on the Oworonshoki bound lane.

In a statement by the state Commissioner for Transportation, Dr. Fredric Oladeinde, explained that the closure was vital to enable the contractor move their equipment to the Oworonshoki bound lane within the given period without any interruptions that could be caused by vehicular movement on the bridge.

Oladeinde, stated that the rehabilitation process is being done assiduously to ensure set deadlines are met.

He assured that traffic management personnel would be deployed along the affected routes to minimize and address any traffic impediments during the closure.

“The State Government hereby appeals to residents to cooperate with the State Government as the ongoing repair works on the bridge is for the safety of all and sundry. Governor Babajide Sanwo Olu led administration will not relent in ensuring safety on Lagos roads,” the commissioner assured.