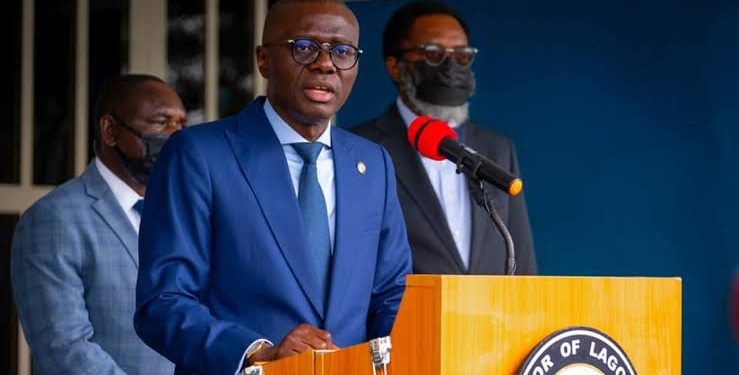 The Lagos State Government is set to officially re-launch its citizen registration programme in March.

This would lead to the issuance of residents in the state with digitally enabled “New Lagos Resident Card” for personal identification and accessing the state government’s services such as transport, health, education, entertainment, pension, social benefits among others.

This was disclosed yesterday by the General Manager of the Lagos State Residents Registration Agency, Mrs Ibilola Kasunmu, during a workshop for newspaper editors.

Kasunmu said the residents’ identification drive under LASRRA 2.0 would be used identify and maintain a rich database of all residents in Lagos State. She said all adult residents and visitors that have stayed up to three months in the state were eligible to be registered under the LASRRA 2.0, including pupils, students and day old children who would be captured right in the hospital they were delivered.

In addition, those that have registered previously would made return their old identity cards and be re-issued the new smart identity card and might have their data updated and validated in the database.

The life span of the new identity card, which is tailored to suit into the THEMES vision of the Governor of Lagos State, Mr Babajide Sanwo-Olu, is five years.

LASRRA disclosed that 4.46 million residents were captured in its database. Out of this number, 3.25 million are ABIS certified unique records subject to validation for proof of life while 1.04 million cards are ready for card printing.

She further explained that the LASRRA database that contained both demographic and biometric data of all residents in Lagos State would be used to aid effective planning and allocation of resources.

The general manager of LASRRA said that the six core objectives of LASRRA 2.0 are the identification of every resident and maintenance of rich database of all residents; provision of data for social and welfare state interventions; issuing of multi-purpose smart cards to residents and improving the efficiency in accessing LASG services. The project would also be used to drive the Smart City agenda of LASG, and create opportunities for financial inclusion.

Kasunmu stated that 800 enrollment units would be set up across the state for the registration exercise that would also involve 65 enrollment partners to enable the project have a wider coverage.

She said: “LASRRA will implement and provide access to a core set of services, operations and processes and work with several partners to complete the other complementary aspects of the programme. This will ensure efficient use of government capital while driving inclusiveness.

“The agency database, containing both demographic and biometric data, of all residents in Lagos State will henceforth aid effective planning and allocation of resources for security, education, health and financial inclusion.”

She further explained that the Lagos resident ID card would have provisions for 28 applets, out of which three would be activated at the point of collecting the card. The three active applets are the electronic identity information (e-ID); the EMV payment and transportservices provided by the LAMATA.

The remaining 25 applets, according to her, would be implemented with both public and private partners in subsequent phases and would include health application, pension application and collections.

The card would also have banking applications and provide payment services for transport fares, payment of tolls, traffic offences and fines.

In addition, holders of the card would be entitled to have access to social services that would be provided by the state government such as financial inclusion, elderly benefits, social benefits, as well as disability benefit and medical, insurance, pension and social subsidies.

The Technical Consultant for the LASRRA 2.O, Mr Jide Agbaje, assured the general public that the database is encrypted and secured 100 per cent.