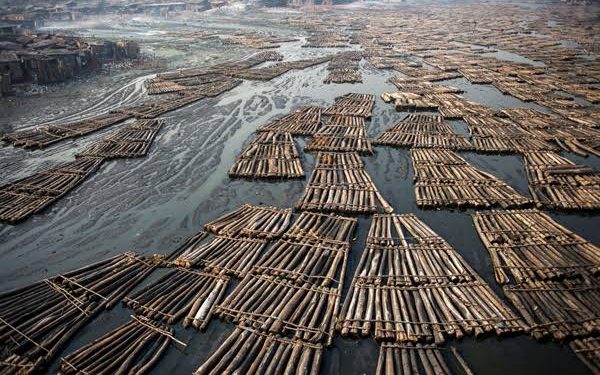 On the heels of the relocation of saw millers at Okobaba to Agbowa-Ikosi site, the Lagos State Government plans to embark on a comprehensive regeneration of the old site in Ebute Metta.

The State Commissioner for Physical Planning and Urban Development, Dr. Idris Salako, told The Guardian that government is waiting for the relocation to Agbowa timber village before saddling the state’s Urban Renewal Agency (LASURA). “When we start moving, we will commence the redevelopment plan for Okobaba,” he said.

Okobaba sawmill is one of the biggest sawmills in Nigeria, contributing about 80 to 90 per cent of woods used in Lagos state. Located at the Lagos lagoon in Ebute Metta, the sawmill accommodates over 2, 000 sawmill operators.

The saw miller’s relocation has remained unresolved in four years, after the Mainland saw millers association signed a memorandum for resettlement in Agbowa, Ikorodu with the former governor, Mr. Babatunde Fashola.

There were controversies, as some stakeholders, who claimed to be members of the association, had through their counsel, prayed the court to halt the relocation as government has no authority over any land situate and being within the 100 metres of all declared navigable inland waterways, such as the Lagos Lagoon, which is under the jurisdiction of the National Inland Waterways Authority (NIWA).

The new site will harbour 204 workshops and offices, structured for auxiliary services such as water and electricity. There are also meeting halls, conveniences and canteens.

The Commissioner said government has commenced verification of the saw millers at the old Okobaba and working towards completing the housing units.

According to him, the state government while being mindful of the exigency of moving the market from its present location would not do so at the expense of standards as it aims to deliver enduring infrastructure that would not only ease business at the Agbowa timber market but also address challenges faced by stakeholders at Okobaba.

Salako said the plan to move the saw millers is on track, stressing that government hopes to get it right before end of the year.

Salako said government was constructing a 160-unit housing estate that would be ready in September.

Already, the storage facility along the sea corridor is under construction. They say, the major challenge had been access road to the new site.

The President, Lagos Mainland Saw millers Association, Alhaji Ganiyu Onikeku, recently lamented that the project is too slow, especially the road construction been handled by contractors.

Onikeku urged government to hasten up the contractors to complete the project so that his members could relocate.

Reacting to the association’s claim, Salako said the major road is still ongoing due to some hiccups. “We have an alternative road that would be used. All things been equal, Okobaba is on track,” he added.