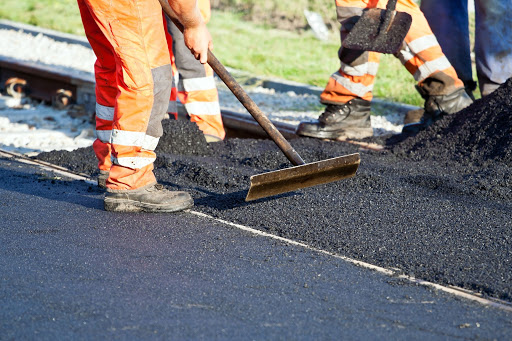 The Lagos State Public Works Corporation (LSPWC), has restated the city’s commitment to rid the State of bad roads by fixing potholes and road failures.
According to the LSPWC General Manager, Engineer Olufemi Daramola, the agency has done total and sectional rehabilitation of many roads in the State to ease traffic gridlocks, ensure pleasant travel experience and hasten the movement of people.
According to him, “The rehabilitated roads, which are situated at different strategic parts of the State, include Aina Obembe Street in Alimosho LGA; Ligali Ayorinde Road and Bankole Cardoso in Eti-Osa LGA; Charity Road by Old Abeokuta intersection in Ifako-Ijaye LGA;Odozie Street, Limson Road, Muiz Banire and Irewole Streets in Ikeja LGA and Balogun Street in Somolu LGA”.
He added that “The Corporation has also fixed some roads regarded as alternative routes for vehicular traffic due to the ongoing rehabilitation of Third Mainland Bridge (TMB).
Some of these roads are Jibowu Bus Stop, Herbert Macaulay Road, Herbert Macaulay Junction and Oyingbo-Adekunle Road in Lagos Mainland LGA; Cele-Okota Road in Oshodi-Isolo LGA, and Abebe and Eric Moore Roads in Surulere LGA”, he added.
He explained further that the rehabilitation of the failed section of Itire-Lawanson in Surulere LGA with paving stones has been completed while another aspect of routine maintenance on the road is receiving due attention.
He added that the rehabilitation of Tolu and Baale streets at Ajeromi-Ifelodun are almost completed.
Daramola maintained that 10 sectional routine maintenance works were also done in different parts of the State, while palliative works were carried out on nine roads to provide relative comfort until a total reconstruction will be done.
“Roads in this category are Abiodun Jagun in Ikeja; Ikoyi Road in Eti-Osa LGA; Adebowale and Oremeta Streets in Ikeja; Sunmola and Oriola Streets in Kosofe LGA; alternative routes to Third Mainland Bridge, Apapa Road, Otto-Iddo, Yaba Road in Lagos Mainland and Funsho Williams Avenue in Surulere LGA”, he declared.