Lagosians Get Relief as Govt Clears Canals in Surulere, Mushin, Others 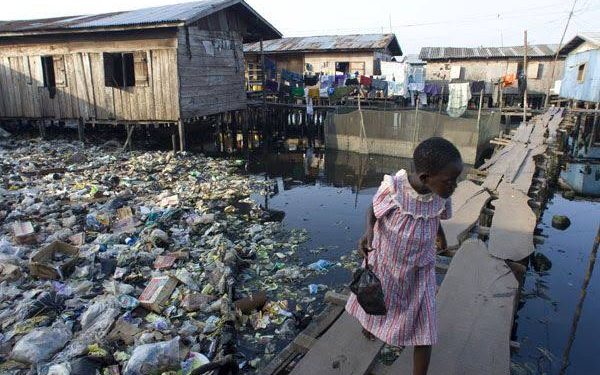 Relief from perennial flooding has come for Lagos residents of four local council areas as the state has successfully desilted the major channel which was blocked by refuse for over 10 years.

Some of the residents, who spoke during the inspection in Akobi Crescent, LUTH collector and tributary, Idi Araba and Ishaga, said flooding would become a thing of the past with the regular clearing of System 6c.

A resident, Akindele Michael, said the clearing would address perennial flooding in the Idiara and Mushin area.

Permanent Secretary, Office of Drainage Services, Lekan Shodeinde, told newsmen after an inspection tour of the major primary channels in Idi Araba and Surulere that over two-metre-high refuse was evacuated at the Akobi Crescent end and the LUTH tributary.

Shodeinde, who was represented by the Director, Drainage Maintenance, Olalekan Ajani, said at the inception of the present administration, most of the major primary channels were not functional and accessible because of the high volume of refuse which covered all the drains due to neglect.

The permanent secretary said findings had shown that several drainage channels, which have been cleaned in the past, turned out to be back in the dirty state because of the unwholesome acts of residents and as such, the ministry ensures that the Emergency Flood Abatement Gang (EFAG) team works throughout the year across the state.

He added that the ministry also plans to provide canoes for its EFAG operatives to clear floatables that are always noticed on channels that have been cleared immediately when it rains.

The permanent secretary was accompanied by directors and enjoined residents to support the government efforts by ensuring the regular clearing of drainages in front of their houses to ensure the free flow of water.