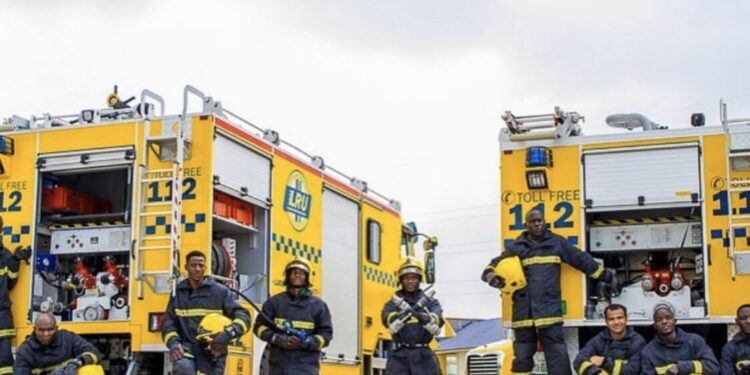 According to him, the agency received distress call about a fire outbreak at the 84/85 Abiola Road, Oregun, at about 11am.

He said that the fire was extinguished by the combined response team of Lagos State Fire Service, Anti Vandal unit of Nigerian

National Petroleum Company (NNPC) and the Nigeria Security and Civil Defence Corps (NSCDC).
“Investigation revealed that illicit storage and handling of diesel in an open fenced led to the outbreak.

“It was also confirmed that this premise has been used for this business for some years.

“The post disaster assessment revealed that there were seven plastic storage containers, 25 drums, three storage tankers, one articulated tanker and six buses used for the illicit storage and transportation of diesel.

“The premises have been sealed and handed over to NSCDC for further investigation,” Oke-Osanyintolu said.